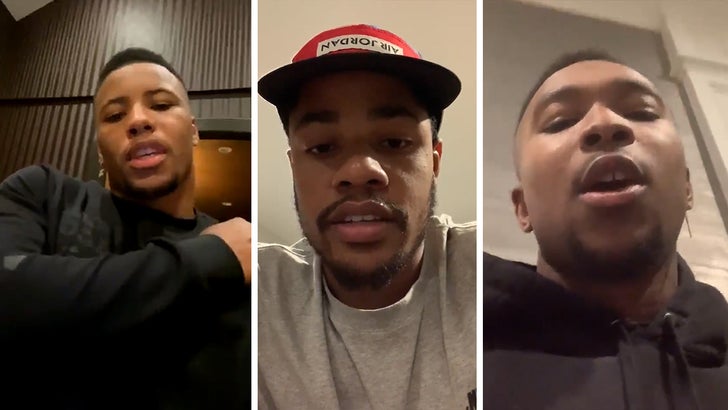 Saquon Barkley is stepping up in a huge way for a police officer badly injured in a car accident ... offering Giants tickets and sending a special personal message of support.

Port Authority police officer Peter Siano was hospitalized in critical condition Tuesday after he was hit by a car while securing a crash scene.

Siano -- along with 3 Jersey City PD officers -- were handling traffic control around the crash when a driver sped through warnings and smashed into a JCPD cruiser, which hit Siano.

Officials say Siano suffered "serious" injuries -- and the driver responsible for the collision has been arrested and charged with assault by auto.

When the NY Giants found out about the situation, a bunch of players decided to make get-well videos for Siano ... including Barkley, Sterling Shepard and Grant Haley.

And, get this ... Barkley is even offering Siano a VIP experience with the team once he recovers.

"Thinking about you guys and once everything gets better, I would like to invite you guys to a Giants game," Barkley said.

"And to the police department, appreciate everything you guys are doing for us during this time." 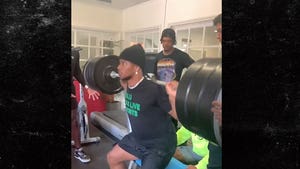 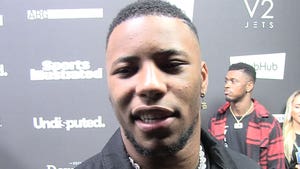 Saquon Barkley Defends Baker Mayfield's Bod, He Doesn't Have To Be Shredded!