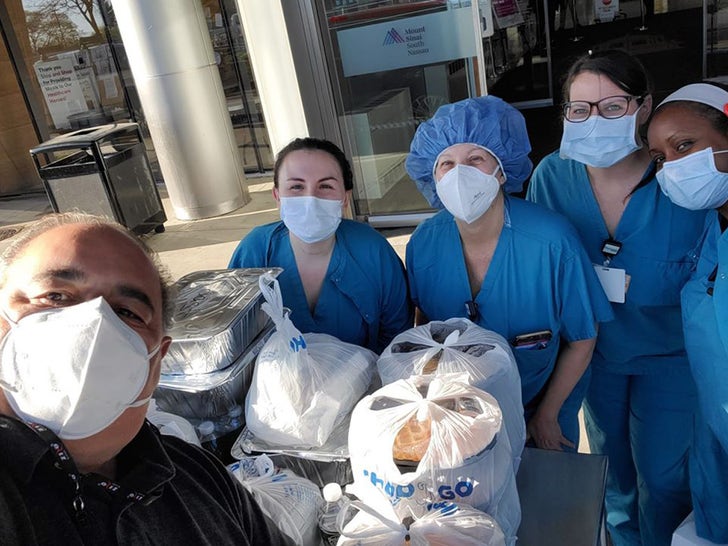 Here's further proof not all heroes wear capes or badges ... sometimes they're famous TV mobsters like Joseph Gannascoli, who is taking it upon himself to feed frontline workers.

The actor -- famous for playing capo Vito Spatafore on the hit HBO series -- started his mission early last month with a goal of raising $50k to feed hospital workers, firefighters and other frontline workers.

Joseph started a GoFundMe and the donations started piling up pretty fast. So far, he's raised just over $25k and he's ordered food from his local neighborhood restaurants and delivered it throughout NY ... from Long Island and Staten Island to the Bronx and Brooklyn. 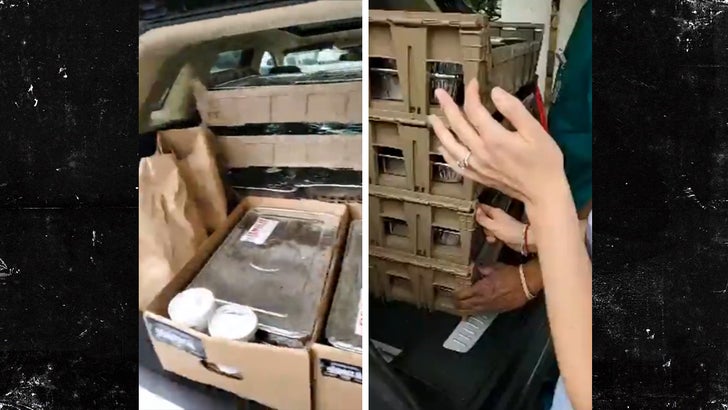 His objective -- help local restaurants with some much-needed business while also helping emergency workers who are working nonstop to help fight the coronavirus pandemic. So far, he's brought TONS of meals to hospitals, fire departments, police departments and even a U.S. post office.

Joseph's massive deliveries -- from his neighborhood restaurants like Villa Maria, Vincent's Clam Bar, Greek Xpress, and Habanero Mexican -- have really wowed those receiving it, including Cohen Children's Hospital, Nassau University Medical Center to the Lynbrook Police Department. And, as long as the money keeps coming in, he'll continue to order the food, pick it up himself and also deliver the food himself.

And, get this ... Joseph got some much-needed good news just a few days ago after learning his 104-year-old aunt, Ida Acconciamessa, survived her bout of COVID-19 after she was diagnosed early last month ... when Joseph started his feed-frontline-workers project.

She's a tough woman ... having survived stage 4 melanoma, two broken hips, and not to mention, having lived through the Spanish Flu. Goes without saying ... Joseph will also be delivering food to her nursing home in Brooklyn later this week. 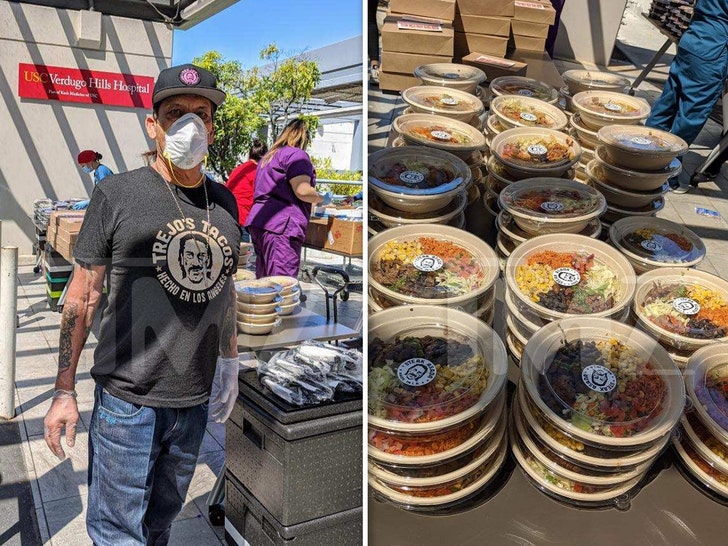 It's not the first time Hollywood's done its part to help frontline workers. As we first reported ... Steven Spielberg did the same with hospital workers in Burbank. Danny Trejo personally delivered tons of Mexican food from his famous L.A. joint. 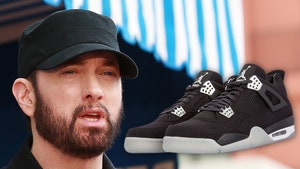 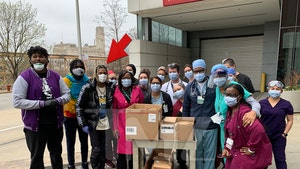