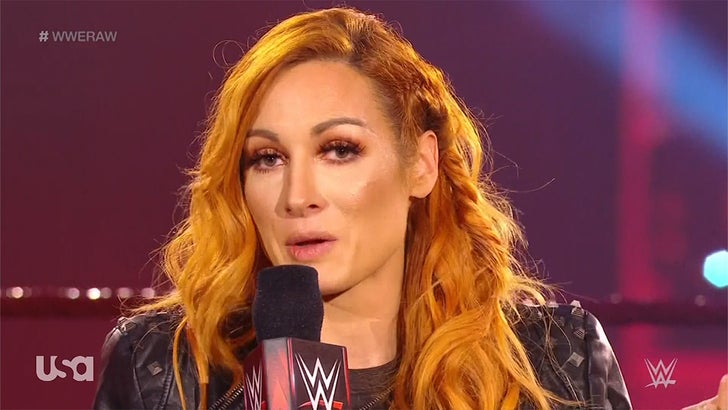 Congratulations are in order for Becky Lynch and Seth Rollins -- the WWE Superstars are expecting their first child together!!!

"The Man" made the huge announcement on Monday Night Raw just minutes ago ... saying she's relinquishing her women's championship belt to prepare for the little one's arrival.

"Tonight is no ordinary night for me," Lynch said. "I'm torn between joy and sadness, 'cause I'm at a place in my life where things are about to change and I needed to do something about it."

Asuka -- who just won Money In The Bank Sunday night -- will now hold the belt, which Lynch revealed was in the locked briefcase all along.

"The match last night was actually for the Raw Women's Championship."

"You go and be a warrior, 'cause I'm gonna go be a mother," a highly emotional Lynch said to Asuka.

Lynch and Rollins have been dating since early 2019 ... and got engaged in August during a romantic beachfront proposal.

As we previously reported, Lynch is also kick-starting an acting career -- she's had a role on "Billions" and has John Cena and The Rock in her corner as mentors ... so we take it she'll still be busy in the meantime. 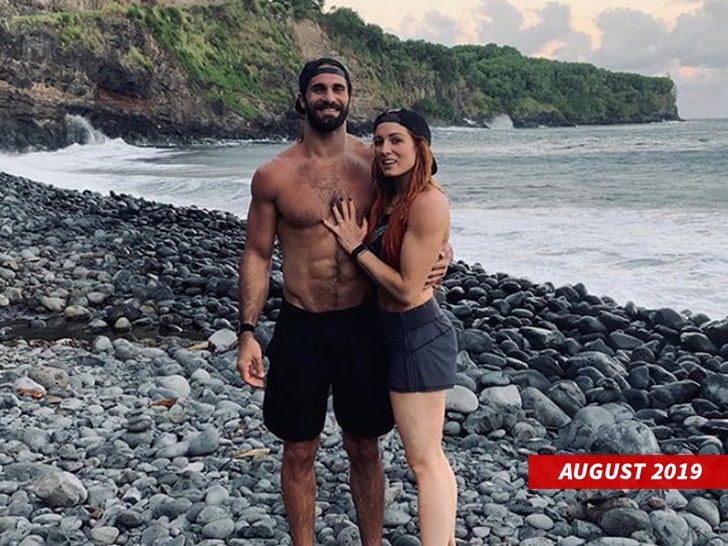 But, don't get it twisted -- Lynch is hoping to get back to the squared circle ASAP so she can get her belt back ... 'cause she's truly a badass.

Lynch joins fellow WWE Superstar and opponent Ronda Rousey, who also recently stepped away from the ring to prepare for a family. 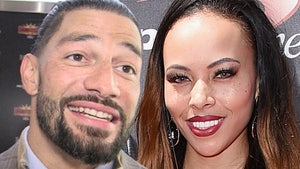 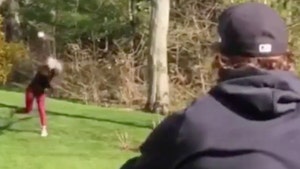