Michael Jordan wore a special pair of modified Air Jordan 1s to support his left foot after a freak injury during his 2nd NBA season -- and now, those game-worn kicks are hitting the auction block.

Remember, MJ broke his left foot during the 3rd game of the 1985-86 season for the Chicago Bulls ... an injury that sidelined him for 6 weeks and almost ended his career.

When he returned, Nike whipped up a special version of the AJ1s -- with an extra strap to provide stability for MJ's left foot.

The specially modified version of the shoes were never offered on the open market -- they were just offered to MJ.

This particular pair was worn by Jordan on March 29th, 1986 -- according to "Gotta Have Rock And Roll" auction ... a game in which MJ scored 24 points in 23 minutes against the Knicks

The auction company says ... after the game, Jordan met with a young fan and gave him the shoes. He even autographed 'em.

Now, that fan is ready to part ways after 34 years ... and with the success of "The Last Dance," the timing is probably perfect. 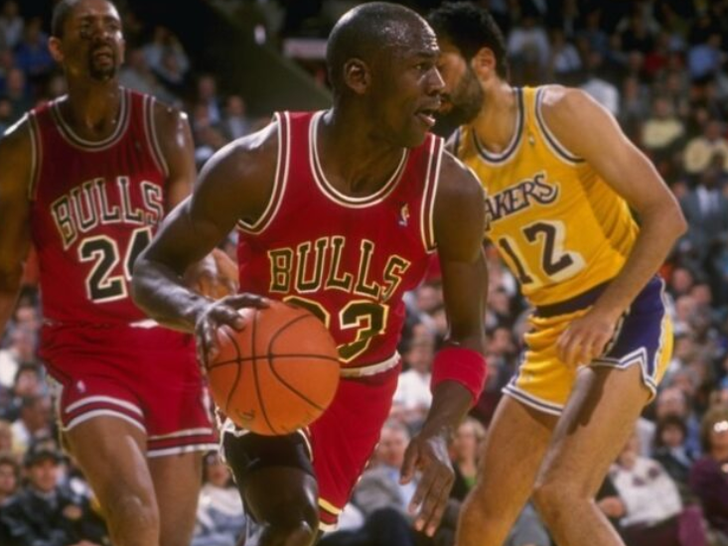 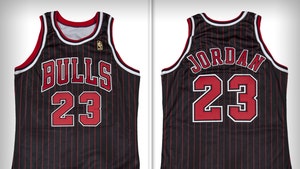 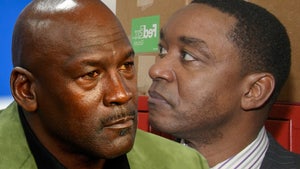