76ers star Tobias Harris is calling for an elected official in Pennsylvania to resign for labeling Black Lives Matter as a "radical left-wing hate group."

The man behind the comment is Joe Gale -- a County Commissioner for Montgomery County, the 3rd largest county in PA.

The Board of Commissioners is a powerful group -- comprised of only 3 members and they control the legislative and executive functions for the entire county.

Fast forward to Monday ... when Gale issued a strong written statement slamming the protests in Philadelphia as an act of "urban domestic terror."

I honestly can’t believe what I’m reading. @JoeGalePA Black Lives Matter a hate group?! This statement and your whole press release at that is disgusting to read. RESIGN! pic.twitter.com/Zm8PusSeGF

He continued, "This organization, in particular, screams racism not to expose bigotry and injustice, but to justify the lawless destruction of our cities and surrounding communities."

"Their objective is to unleash chaos and mayhem without consequence by falsely claiming they, in fact, are victims."

Now, 27-year-old Harris is lashing out at the statement ... saying, "I honestly can’t believe what I’m reading."

"Black Lives Matter a hate group?! This statement and your whole press release at that is disgusting to read. RESIGN!"

Harris isn't alone in demanding Gale's removal from office ... there's already a change.org petition calling for him to step down.

Gale was elected to his position back in 2015 -- after running a grassroots campaign in the Republican primary. 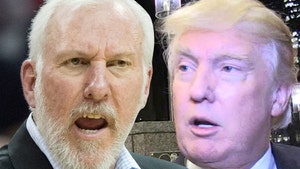