Stephen Curry and his wife, Ayesha, hit the streets of Oakland to show support for the George Floyd protests ... walking with the crowd and kneeling in solidarity.

The Currys were joined by Warriors teammates, Klay Thompson and Kevon Looney, at Juan Toscano-Anderson's march for unity on Wednesday ... and the pictures are powerful.

"Today was a movement in Oakland!" Steph said, "Thank you @juanonjuan10 for the leadership. Everybody play your role and be consistent with it."

"This is a real moment of change. Keep each other accountable."

Ayesha also spoke on the movement ... saying she wished as many people showed up to protest as Dubs fans do to celebrate championships.

"I began to come to the realization that we were walking the same streets, the same path and course that we’ve taken time and time again for the championship parades."

"While I was appreciative and proud of the crowd that showed to march for justice today, I couldn’t help but wonder where all of these people were now, that just a few years before lined and covered the streets to celebrate in these black men’s successes." 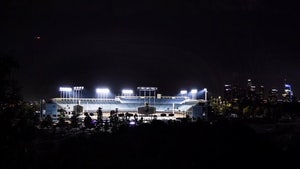 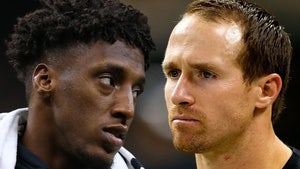