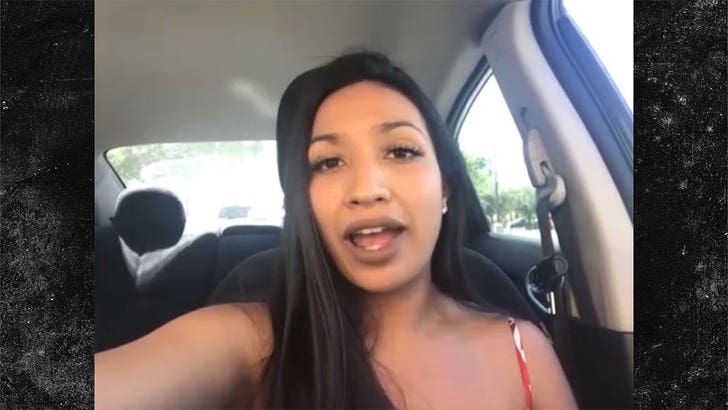 Karina Rodriguez isn't ready to forgive the Phoenix "Karen" who made racist comments about her, because she says the woman has yet to take responsibility for her actions ... and Karina doesn't buy her excuse either.

Rodriguez tells TMZ ... she's not going to consider accepting an apology over the gas station incident in which she slapped back at "Karen" -- whose real name is Tamara Harrian -- until she hears the words "I'm sorry" out of Tamara's mouth.

So far Karina's only received a tearful apology from Tamara's husband Bob, who claims his wife acted the way she did because she's been battling mental illness after a break-in incident more than a year ago.

That doesn't cut if for Karina, though ... and she explains why.

She tells us she doesn't believe being racist and being mentally ill have anything to do with each other, and she's willing to bet Tamara's racism dates back earlier than whatever she's been dealing with recently.

Karina advises "Karen" to immediately start working toward bettering herself if she wants a shot at redemption, but she's not holding her breath.

We broke the story ... Karina says she feared cops being called to the gas station because she thought they'd believe the white lady, not her.