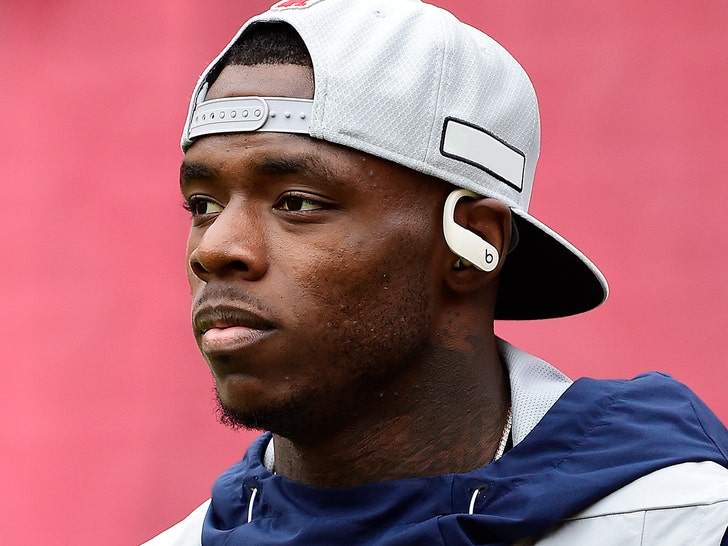 Josh Gordon's lawyer says the NFL receiver's most recent drug relapse was sparked by his brother's tragic death ... but has gotten the help he needs and is back on the right path.

The troubled 29-year-old was indefinitely suspended from the NFL back in December 2019 after failing another drug test ... adding to the long list of drug penalties since 2013.

But, Gordon is ready to prove he's back to 100% ... reportedly filing for reinstatement on Thursday.

While details surrounding Gordon's suspension weren't made available at the time, his lawyer, Adam Kenner, has revealed the devastating event that triggered the slip-up.

"Josh had a lapse because of his brother's death," Kenner said via Tom Pelissero. "That set him back. But since that time, he has realized how important it is for him to take the right steps, do what's proper, and understand how to manage these issues."

"He's installed the right team around him to make sure he's on the right path. He understands he's been given every chance. He looks forward to making the most of this."

Details on Gordon's brother's death weren't made public ... but Josh addressed his passing in a since-deleted Instagram post shortly after his death in November, saying, "Can’t put it all into words just yet, but today was one of those harder days to face."

"I love you big bro. I’m gonna miss you. This win was for you, thank you for being the best older brother any kid could have."

Meanwhile, Josh had been training like a maniac recently and posting the photos to IG.

One thing's for sure ... he still looks like he's in stellar shape.