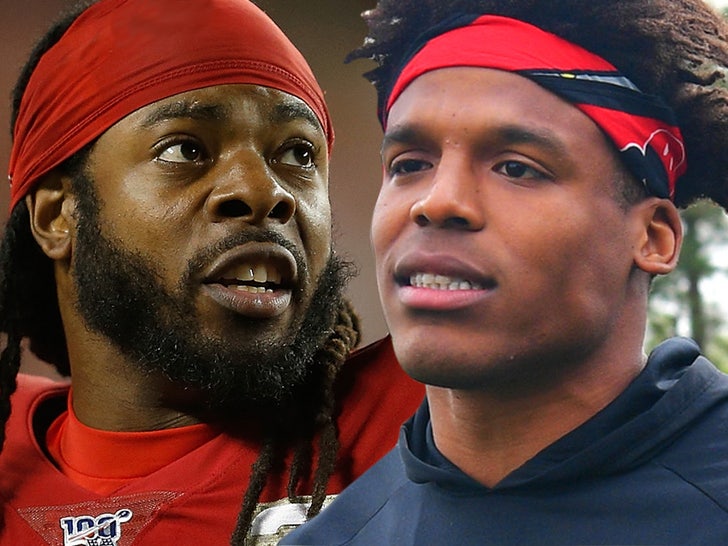 Richard Sherman says Cam Newton's new Patriots contract is both "ridiculous" and "disgusting" ... and he's now going after the NFL for allowing it to happen.

"How many former League MVPs have had to sign for the min?" Sherman wrote Sunday night. "(Asking for a friend.) just ridiculous."

The SF 49ers superstar added, "A transcendent talent and less talented QBs are getting 15/16m a year. Disgusting."

Cam not only had to wait MONTHS to sign with the Pats after the Panthers cut him in the spring ... but he reportedly had to ink a deal with New England that'll only pay him $7.5 million IF he hits all of his incentives.

Sherm thinks that's just crazy for a guy with Hall of Fame potential ... even if injuries haven't allowed the 31-year-old to produce as well on the field the past few seasons.

"Check that against every QB slated to be a starter this season," Sherman said of Cam's recent struggles. "Let me know how that goes."

For his part, Newton didn't seem displeased with his signing over the weekend ... even if the contract is over HALF of the $20-plus million he used to make per season in Carolina. 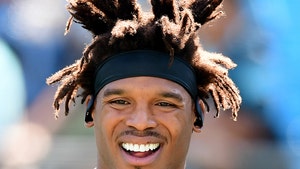 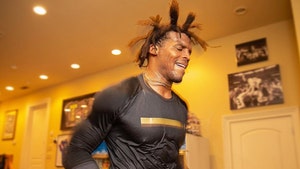