S.F. Giants superstar Buster Posey will NOT participate in the MLB's rebooted season ... in order to care for his newborn twin babies who are currently being treated in the NICU.

Buster and his wife have adopted identical twin girls -- they were born prematurely last week and are currently in stable condition in a Neonatal Intensive Care Unit.

It appears the outlook is good -- but as you can imagine, it's an incredibly stressful situation for any parent to endure.

Posey says the decision to opt out of the MLB season in order to be with his family is a no-brainer.

"From a baseball standpoint it was a tough decision," Posey told reporters. "From a family standpoint and feeling like I'm making a decision to protect our children, I feel like it was relatively easy."

While Posey is certainly not the first to make the call -- several others including Nationals' Ryan Zimmerman and Braves' Nick Markakis opted out several days ago -- he's definitely the biggest name so far.

Buster was expected to bat in the heart of the Giants' lineup, as usual, this season ... especially with the National League adopting designated hitter roles for the 2020 reboot.

For their part, the Giants backed their star in a statement Friday, saying, "The Giants fully support Buster's decision."

"Buster is an integral part of our team and will be sorely missed, but we look forward to having him back in 2021." 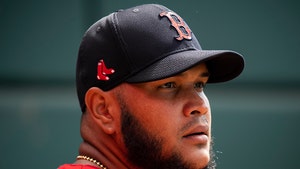 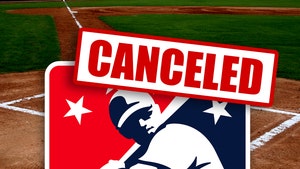 Minor League Baseball Season Canned Due To COVID-19, 'Sad Day For Many'