Jahreau Shepherd -- a pro MMA fighter who competed for Bellator in 2018 -- has died after officials say he was stabbed at his own 30th birthday party in London.

Shepherd was found bleeding with stab wounds around 10 pm on Saturday in the Kensington area, according to the Evening Standard -- and while emergency personnel rushed to the scene, they were unable to save him.

Earlier in the evening, Shepherd was celebrating at a backyard BBQ with friends and family ... including his mother and small children.

But, something went terribly wrong ... and later in the evening, Shepherd was reportedly attacked, suffering fatal wounds in the process.

A tribute to Shepherd has already sprung up at the site where he was killed -- with flowers and pictures.

Scotland Yard is treating Shepherd's death as a murder -- describing it as a "terrible attack" -- though so far, no arrests have been made.

Officials are asking for witnesses to come forward -- but it sounds like they have some leads.

Shepherd was 6-2 as a pro and earned a TKO victory over Marcin Zywica at a Bellator event in May 2018.

His management company is devastated over the loss and has created a GoFundMe to help cover funeral costs. 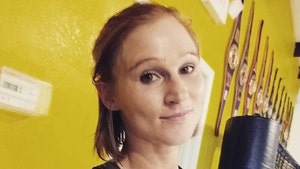 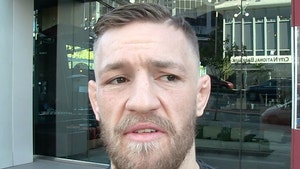