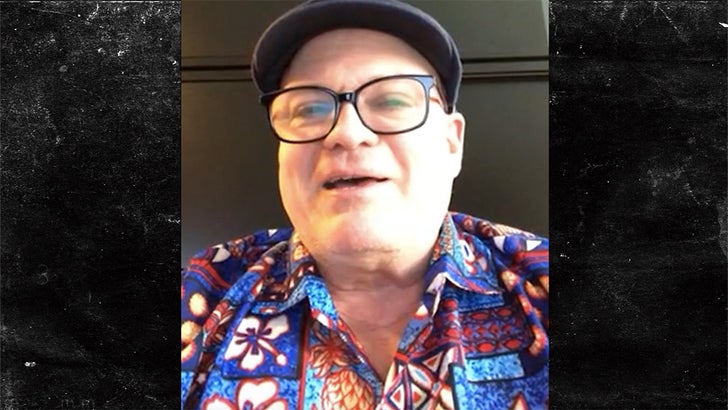 The man who squatted on several potential new names for the NFL's Washington franchise says he's reached out to the league to offer up the trademarks for free ... and he's got the emails to prove it.

Martin McCaulay -- aka the "trademark hog" (that's what he calls himself) -- came under fire from Washington fans when it came out that he obtained the trademarks for a bunch of possible replacement names ... including the Washington Monuments, Americans, Veterans, Red-Tailed Hawks, Federals and more.

Most people assumed he would try to shake down the franchise for a big payday but McCauley says that's B.S.

In fact, McCauley tells us he reached out to the NFL via email on July 4 offering his 10 trademarked names for no charge!

"My email was dated July 4th, 2020 to the NFL trademark attorney and said 'free trademarks,' a list out of all my trademarks saying, 'you can have these for free' and they didn't respond."

"I didn't know how to reach anybody. I'm on Twitter, at the NFL, at the NFL commish. Take my trademarks, please! What do I have to do to get you to take these trademarks?" 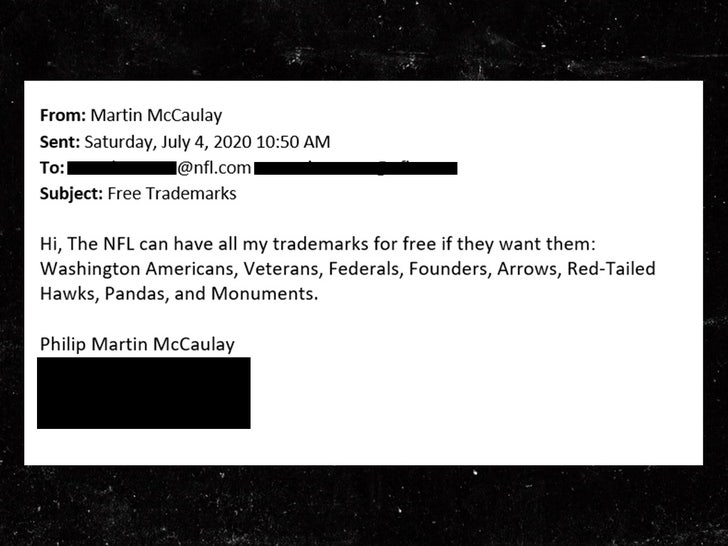 As you know, Washington is on the hunt for a new name after FINALLY dropping "Redskins" ... following a scathing letter written by the National Congress of American Indians, an organization that reps over 5 million Native Americans.

So, Martin -- who believes the name change is long overdue -- even hired a lawyer to help pass along his registered trademarks.

"They won't take my offer of free trademarks so I hired an attorney to facilitate the transaction. His name is Darren Heitner," McCaulay says.

"He wrote a letter to Mr. Snyder with my offer, making it clear that I was trying to facilitate the name change. I do not want to be an obstacle. Please. If you want one of Mr. McCaulay's trademarks, or me, 'trademark hog,' as I like to go by, then just let us know what does he need to do to get out of your way? What is it?"

Unclear why Washington hasn't responded -- but in their defense, they've been a little busy the past few weeks. 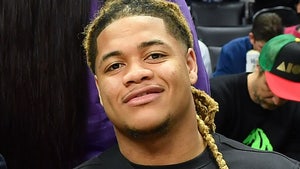