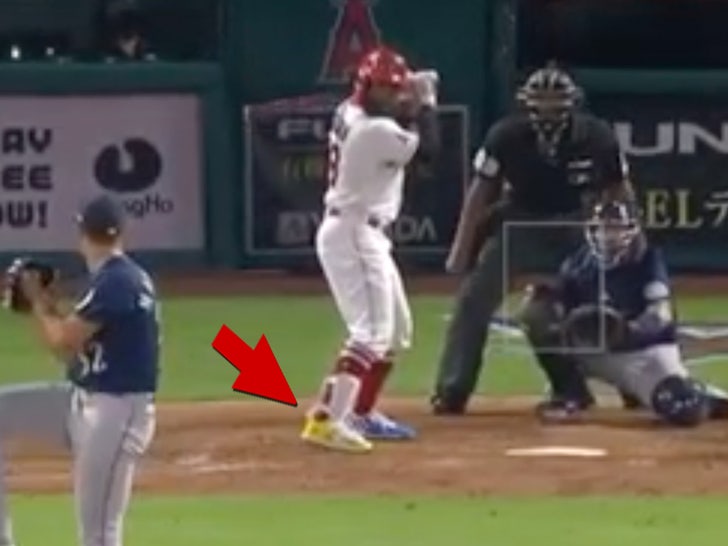 How's this for an amazing tribute!?!?

L.A. Angels outfielder Brian Goodwin threw on custom cleats to honor Kobe Bryant and Nipsey Hussle for his game Wednesday ... and then he balled out of his mind at the plate!!!

29-year-old Goodwin -- who's often publicly spoken about his love for the Mamba and Nipsey -- pulled out the fresh Under Armour kicks for the Halos' home matchup against the Mariners.

The spikes were pretty amazing ... one was all yellow and featured depictions of Kobe, his old jersey #8, and the L.A. Lakers logo.

The other, meanwhile, was baby blue with a black and white checkerboard ... and also featured a picture of Nipsey and a cursive "Crenshaw."

But, when Goodwin took the diamond in the cleats ... he took the tribute a step further, going 2-for-4 at the dish with a double, a home run and 3 RBIs!

The dinger was particularly impressive ... it traveled well over 400 feet -- and Goodwin made sure he showed off the cleats as he emphatically stepped on home plate.

The Angels ended up losing the game (their bullpen is atrocious) ... but, hey, Goodwin sure as hell looked good!! 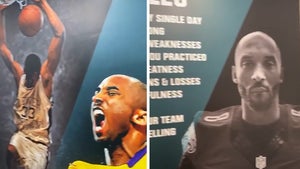