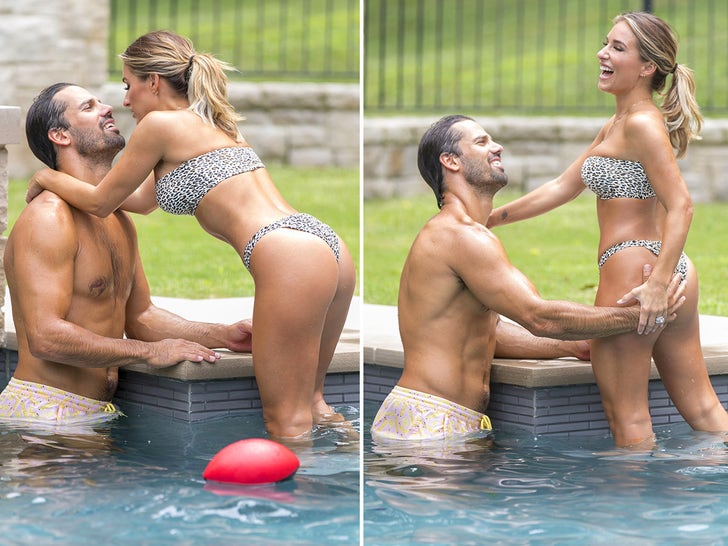 Ex-NFL receiver Eric Decker is still making miraculous catches in retirement .... but instead of snagging footballs, he's grabbin' handfuls of his stunning wife!!

The 33-year-old former Broncos and Jets star hit the pool with Jessie James Decker -- sporting a cheetah-print bikini -- and the pics will highlight your Friday.

As for JJ, the country singer threw on a skimpy bikini while taking a break from promoting her new cookbook, which hits shelves in September.

The couple even tried throwing the football around for a bit ... and it's safe to say Eric is the only one in the family who was blessed with hands.

Eric and Jessie James got married back in 2013 and have 3 kids together ... and they're proving their marriage is hotter than ever.