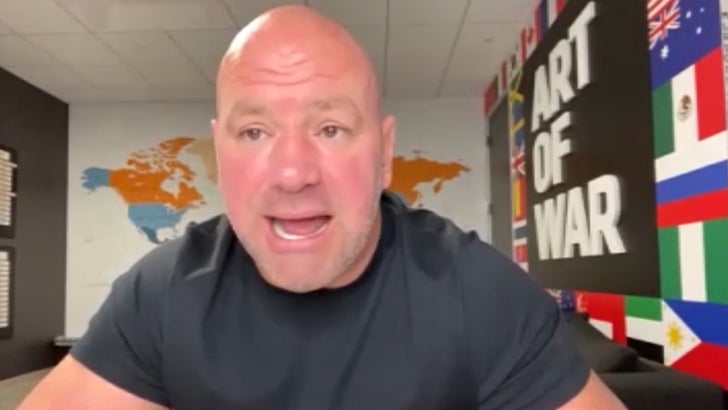 UFC boss Dana White LOVES that his pal, The Rock, just bought the XFL -- but says he needs to get it up and running FAST while there's still a huge appetite for live sports!

White is essentially saying with COVID threatening the NFL, college football and other major sports ... there's a HUGE opportunity for the XFL to thrive in 2020 if The Rock and his partners can move quickly.

In fact, Dana -- who's been successfully hosting UFC fights during the pandemic -- says he's offering to serve as Rock's COVID adviser.

"I'm actually gonna call him today and walk him through what I think he needs to do on the COVID side of this thing. And, I have some ideas for him. "

Meanwhile, Dana is getting ready to launch a new season of the Dana White's Contender Series on Tuesday night -- where top contenders face off for a chance at a UFC contract. 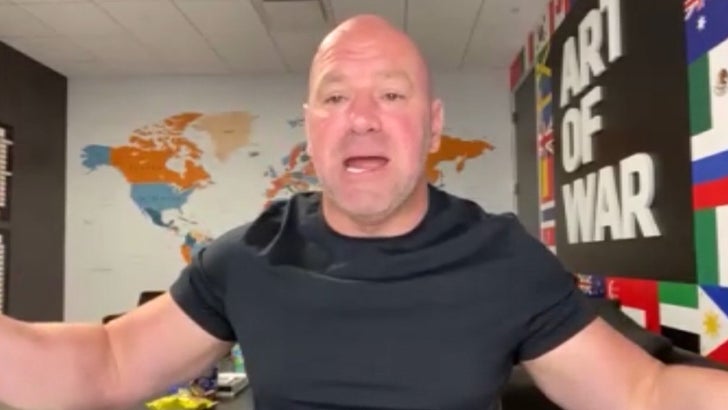 Dana says the whole thing is going down in Las Vegas where the UFC has created a "bubble environment" just like Fight Island ... where fighters are quarantined and tested on a daily basis.

"These guys are in a bubble here. We literally have a hotel, our own hotel ... and you get here and you are literally stuck in your room just getting tested all the time."

"It's a pain in the ass but it's the way that we have to live right now." 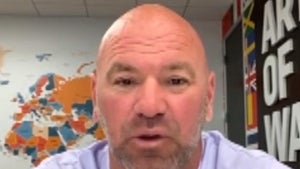