2:55 PM PT -- Takeoff is adamantly denying the allegations made by the woman. His attorney, Drew Findling, tells TMZ, "We have reviewed the allegations and have similarly done our own due diligence. What has become abundantly clear is that the allegations made against Takeoff are patently and provably false. The claims and statements made regarding this lawsuit indicate that the plaintiffs’ representatives have not spoken with relevant witnesses or reviewed available evidence."

He continues, "Takeoff is renowned for his artistic talent as well as his quiet, reserved and peaceful personality. In this instance, those known personality traits have made him a target of an obvious exploitative money grab. As his counsel, we are well aware and well versed on the importance of civil and criminal prosecution of true sexual assaults. This is not one of those situations."

Takeoff's just been sued by a woman claiming he raped her at a party in L.A.

The woman, who's filed the lawsuit as a Jane Doe, claims the Migos rapper made her extremely uncomfortable at an L.A. party back in June before he raped her in the bedroom of the person she says invited her to the party.

According to legal docs, obtained by TMZ, the woman claims Takeoff stared at her while at the party and that made her extremely uncomfortable. She also claims he offered her weed later in the evening, but she snubbed him.

In the suit, she says things went south after that -- she claims she was going upstairs with the man who invited her to the party when Takeoff, who was coming down the steps, got pissed. She says Takeoff and the man got into an argument, prompting her to go into the man's bedroom to wait it out.

She alleges that's when Takeoff entered the bedroom and started touching her buttocks. She claims she very clearly refused his advances, but Takeoff then flipped her over face-down, pulled down her clothing and raped her. She claims after he finished he immediately left the room.

We've reached out to Takeoff for comment, so far no word back. 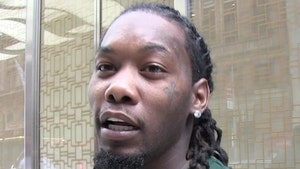 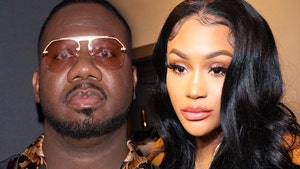