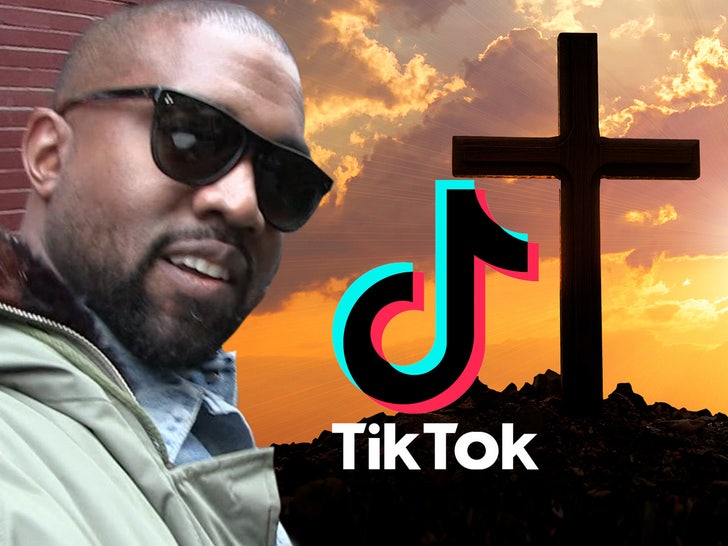 Kanye West's wheels are turning about his next big project, and he thinks he's on to something huge ... JESUS TOK.

The rapper and presidential candidate says he was perusing some content on TikTok with his daughter and "as a Christian father" ... he was disturbed by some of the stuff he saw. 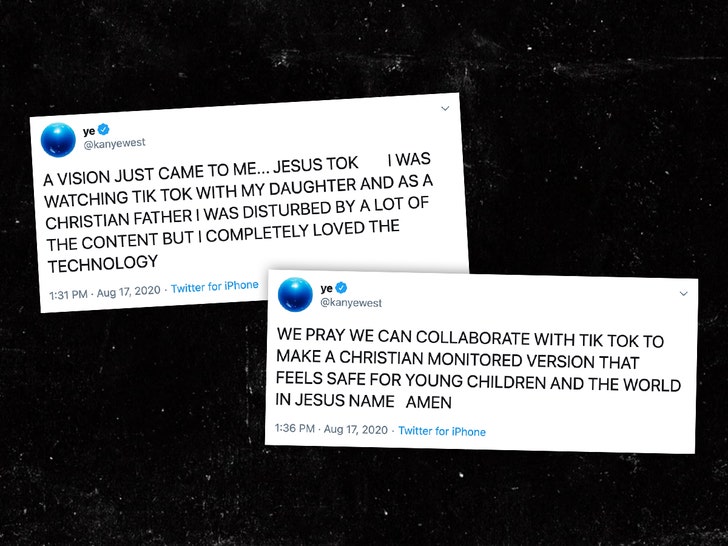 But, Ye says he loves the tech, and he's had a vision -- a Christian version of TikTok.

Kanye says he's praying he can collaborate with the insanely popular social media platform to create a more kid and Christian-friendly outlet ... "in Jesus name amen."

It's unclear if the rapper also plans to go back and make more PG-related versions of his tracks -- for instance 2018's "I Love It," which features the lyrics "They had to fake orgasms and sh*t" and "You're such a f***in' ho, I love it."

Ye doesn't address the sometimes sexy content on his wife's social media accounts either, but if he wants to go that route ... JESUS GRAM might work.

As we reported ... Kanye recently revived his Sunday Service up at his ranch in Wyoming, so clearly the Lord is on his mind.

No reply yet from TikTok. Or China. Or his pal, President Trump. 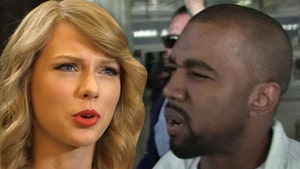 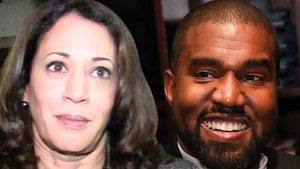 Kanye West Congratulates Kamala Harris Despite Running Against Her