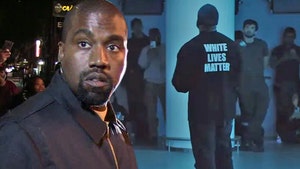 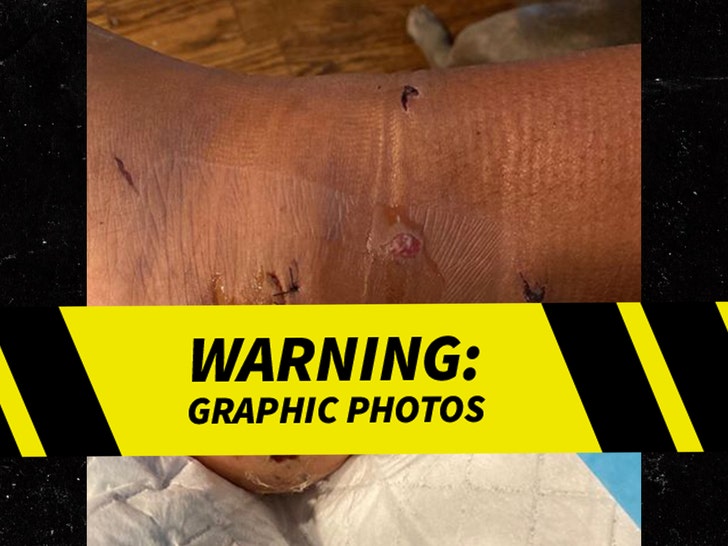 Megan Thee Stallion's sharing pictures of the injuries her foot sustained after Tory Lanez allegedly shot her ... and it's pretty gruesome.

The rapper revealed Wednesday she got stitches out of her foot around 2 weeks ago. She said despite the painful appearance ... she was still ready to celebrate her hit track, "WAP," with Cardi B going No. 1. 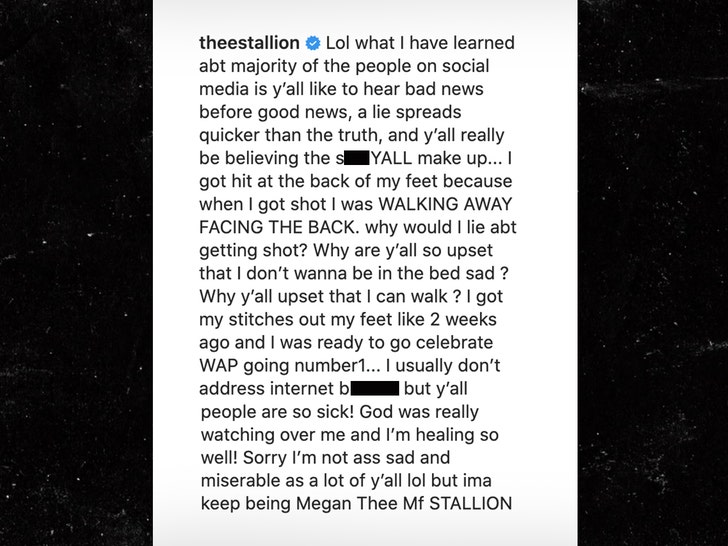 Megan posted a long caption on Instagram ... clearing the air on some misconceptions. She added, "I usually don’t address internet bullsh*t but y’all people are so sick! God was really watching over me and I’m healing so well! Sorry I’m not ass sad and miserable as a lot of y’all lol but ima keep being Megan Thee Mf STALLION." 'Nuff said.

As we reported ... the rapper could barely hold it together last month when she addressed the incident. Though she never mentioned Lanez by name, Megan did share other deets .. like the fact she had to get surgery to get the bullets out, and, luckily, no bones or tendons were hit. 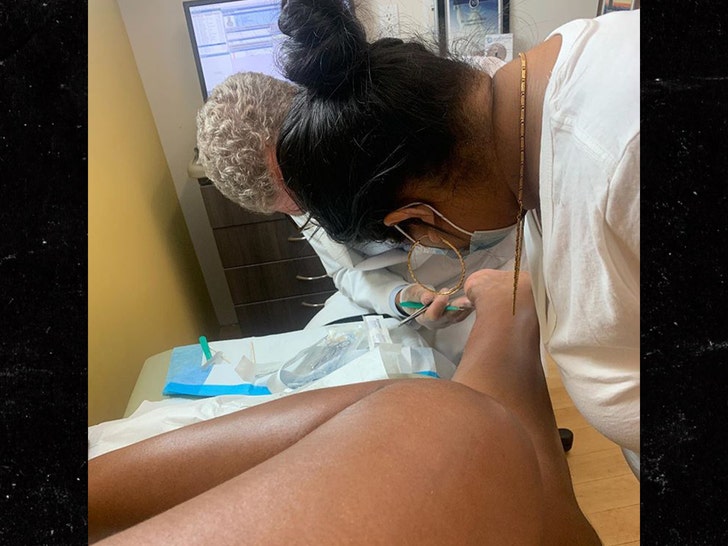 As we reported ... Tory allegedly shot Megan back in early July as she exited the SUV they were riding in together. He was charged with possession of a firearm, but nothing more.