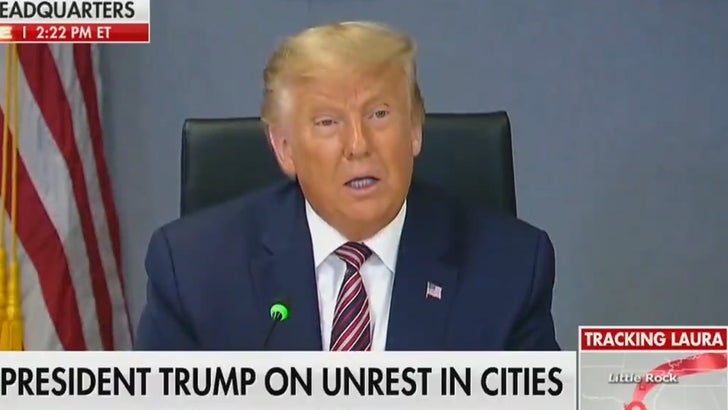 11:41 AM PT -- President Trump has addressed the NBA protests ... saying he doesn't know much about what's been going on, but feels like "people are a little tired of the NBA, frankly."

POTUS added he thinks the league is turning into a "political organization" ... and claims it's bad for fans and the country.

Remember, Trump previously said he would not tune in to the season restart if players took a knee for the anthem ... and nearly the entire league did just that.

8:59 AM PT -- The NBA season will continue -- with Adrian Wojnarowski reporting the players have decided to resume the playoffs.

Still unclear WHEN the action will resume as the games originally set for Thursday have also been postponed.

There's still hope the NBA players and league execs can work out a plan to save the season ... with players compiling a list of "actionable items" they want the NBA to endorse in order to proceed.

A high-ranking NBA source tells us ... the feeling among several players is they will lose their biggest platform if they stop the season.

Of course, a stoppage won't affect the impact of superstars like LeBron James ... but we're told the majority of players see real value in being able to use the NBA platform to speak to the masses about social justice issues.

In fact, Draymond Green just posted about it -- saying, "The notion that athletes should just stop working but no one else in the world should stop is baffling to me."

"Why stop doing the very thing that offers you the biggest platform to speak for those that look like me/a lot of us?"

"To do that is to actually give up the platform to speak for them, because without us using our platforms which is afforded by the influence of the sport, it actually stops us from echoing what those in the back are saying."

So, the hope is both sides can reach a compromise -- with players coming together after a tense Wednesday night meeting in order to put together a list of demands for the league.

Obviously, the NBA wants to proceed -- there’s so much money at stake. And, from what we understand, the league execs and owners are meeting Thursday morning to figure out a way to work out a deal with the players.

As we previously reported, the Milwaukee Bucks were the first team to boycott on Wednesday when they refused to take the floor for Game 5 of their playoff series with the Orlando Magic. 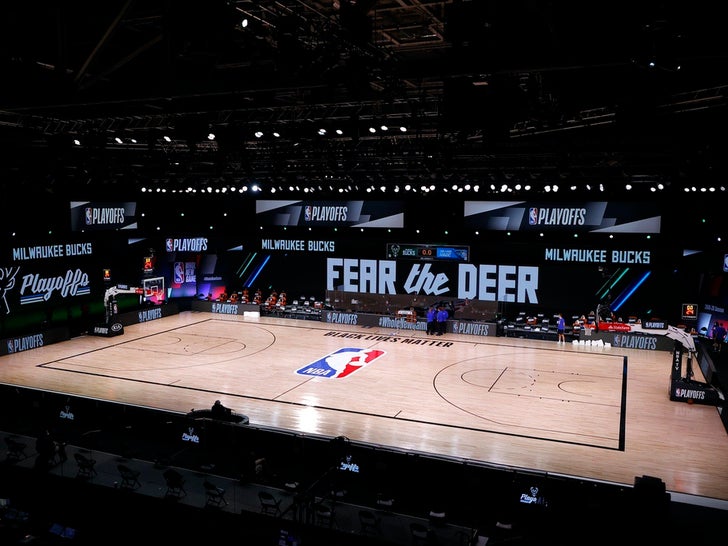 Other teams followed suit ... until the league officially announced that all games would be rescheduled to a later date.

We're told the league had already planned for possible COVID-related postponements ... so they're not super worried about getting back on schedule.

But, word is ... play almost certainly will not resume Thursday -- everybody still needs some time. 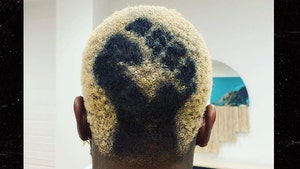