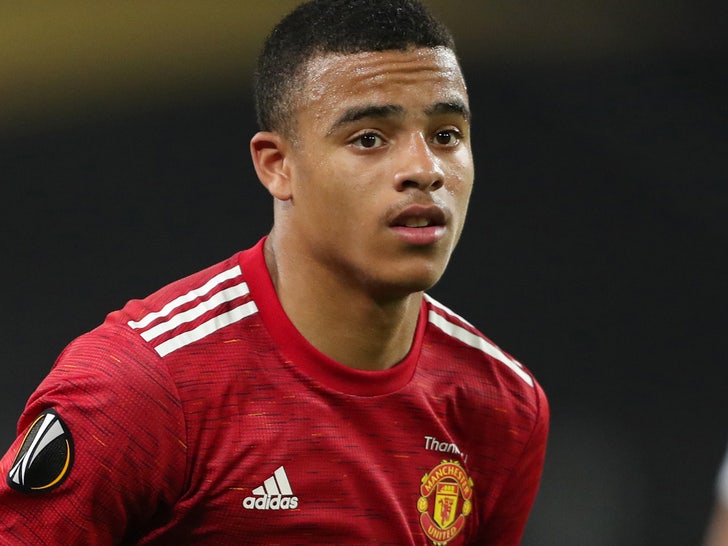 Soccer star Mason Greenwood has issued an apology for the "embarrassment" he caused after getting busted sneaking women into England's team hotel in Iceland.

18-year-old Greenwood -- along with England teammate Phil Foden -- were cut from the England national team Monday after officials say they broke COVID-19 quarantine protocol to meet up with the women at the team hotel.

At least one of the women is an Icelandic model and beauty queen, according to the Daily Mail.

The players were specifically told not to leave a certain part of the hotel that was sectioned off for the team -- but they decided to venture outside of that zone to meet up with the ladies.

Bad news for the players ... they got caught -- and were immediately dropped by the team.

"Having now had the chance to reflect on what’s happened, I can only apologise to everyone for the embarrassment I have caused," Greenwood said.

"It was irresponsible of me to break the COVID-19 protocols which are in place to protect players, staff and the public."

"Playing for England was one of the proudest moments in my life and I only have myself to blame for this huge mistake."

"I promise my family, the fans, Manchester United and England that this is a lesson I will learn from."

Foden has also apologized -- saying, "I breached COVID-19 protocols put in place to protect myself and my England colleagues. As a consequence I will now miss the opportunity to travel to Denmark with the squad, and that hurts."

Both players have returned back to England -- while the England national team continued on Copenhagen to face Denmark on Tuesday.