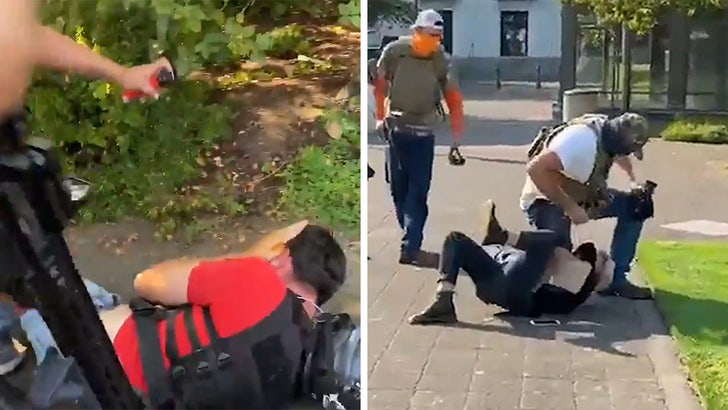 At least 2 President Trump supporters -- and members of the far-right group Proud Boys -- were busted after chasing down and beating BLM protesters in Oregon.

The incidents went down Monday in the Portland area where a Trump rally turned violent when supporters clashed with opposing Black Lives Matter protesters. There are several videos showing the utter chaos ... alleged Proud Boys members attacked a BLM supporter from behind, knocking him down and getting to deliver several punches.

A woman added to the attack by pepper spraying the guy as he lay beaten on the ground. 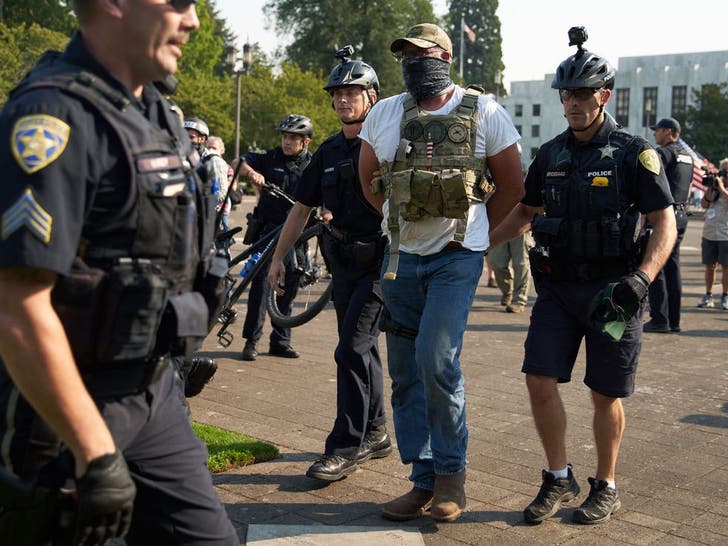 The Portland rally ultimately ended up joining forces with another at the State Capitol in Salem, where another BLM protester was chased and beaten. Only this time ... these Trump supporters are armed with baseball bats and paintball guns.

Fortunately for the BLM protester, state troopers were nearby and rushed in to nab one of the attackers. In all, 2 arrests were made.

It's not the first time protesters have clashed. Remember, back in August two protesters literally went fist-to-fist in Portland on the roadway at the ramp to the Morrison Bridge. A Trump caravan also descended into the area that month too ... triggering violent confrontations and leading to 1 death. 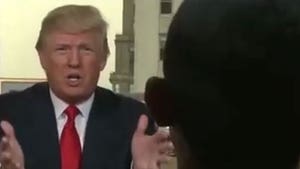 Trump Hired Black Man to Play Obama So He Could Belittle, Fire Him 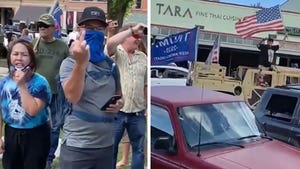