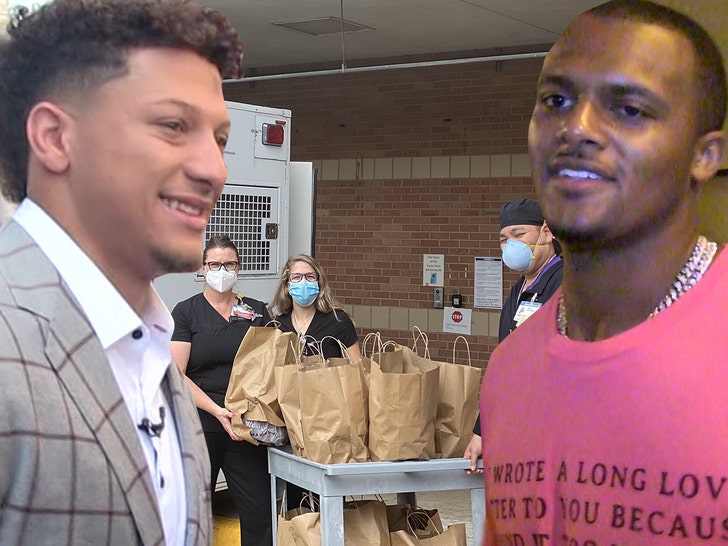 Patrick Mahomes and Deshaun Watson just came through in the clutch for each other's cities ... by donating meals to frontline workers in KC and Houston before facing off in the NFL season opener.

The Chiefs and Texans are set to kick-off the 2020 campaign Thursday night ... and the 2 quarterbacks decided to help their opposing team's city by sending some local grub to those battling the pandemic.

We teamed up with @Postmates to make a special delivery to frontline workers at @harrishealth in the Chiefs’ opposing teams’ city of Houston.

Thanks to Cool Runnings Jamacian Grill, an incredible black-owned restaurant in HTX for the meals to surprise these healthcare heroes. ❤️ pic.twitter.com/3NZcUWZjzR

The reigning Super Bowl MVP decided to send some grub from Cool Runnings Jamaican Grill -- a Black-owned restaurant in Houston -- to workers at Harris Health System via Postmates.

Watson returned the favor by hooking up workers at the Truman Medical Centers in Kansas City with meals from Niecie's Restaurant, a local Black-owned soul food joint.

This week I was able to partner with @Postmates to make a donation to the frontline workers at @TrumanMedKC in Kansas City. Big thanks to my favorite locally Black-owned, Niecies Restaurant, for providing them with some great food. Serve and spread love in every community! 💯 pic.twitter.com/jjRW01Yblj

Let's not forget -- the last time these guys faced off on the field, the Texans blew a 24-0 lead in the divisional round of the playoffs as the Chiefs went on to win, 51-31 ... eventually winning the Super Bowl.

Great to see the superstars play nice before going head-to-head to start off the season ... football is BACK, baby!!! 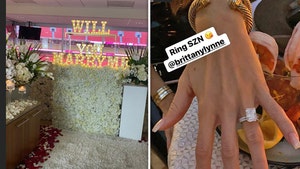 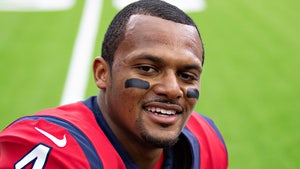