Powerful moment after the Cowboys-Falcons game Sunday ... Atlanta star Hayden Hurst sought out Dak Prescott to praise him for speaking about suicide prevention -- and the scene was all caught on video.

Hurst, despite losing to Prescott in heartbreaking fashion, sprinted toward the Dallas Cowboys QB after the game clock expired ... and grabbed him and gave him a big hug.

"Hey," Hurst told the Cowboys superstar. "I got a lot of respect for what you did. Came out and talked about it. Me and my mom have a foundation about suicide prevention, and I respect the hell out of you for talking about it man."

As we previously reported ... Dak opened up on his brother's suicide earlier this month in an emotional interview with Graham Bensinger -- and the QB didn't hold back on his feelings.

The 27-year-old said the death rocked his world ... and he added he now understands how important it is to open up about feeling vulnerable and mental health issues.

Hurst made it clear Sunday he appreciated all the awareness Dak brought to the cause ... because it's an issue the Falcons tight end has dealt with throughout his life.

Hayden's uncle and cousin both killed themselves ... and the former Univ of South Carolina star admitted earlier this year he cut his wrist in an apparent attempt to kill himself back in college.

That's why he says he felt it was important to find Dak after the game to applaud him for his comments.

"I'm sure Dak Prescott doesn't really know who I am," Hurst told ESPN this week. "But I know the courage that takes because a lot of people don't like talking about mental health. They're afraid to talk about it. They're embarrassed."

For Dak's part, he appreciated Hurst's words ... saying in the clip after the game, "We can collab one day." 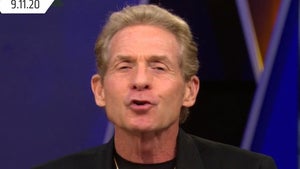 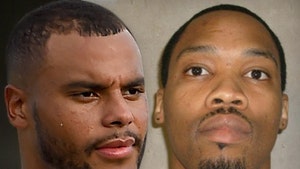