NFL superstar Dak Prescott says he can't wrap his head around the Breonna Taylor case ... calling it "simply unacceptable" for officers to not be charged following her death.

Prescott emphasized how dire it is to keep up-to-date on issues and be prepared to vote -- and that means doing as much research as possible on candidates to make sure the right people take office to prevent incidents like this from happening again.

"That's one of the biggest things that I'd say we've taken a step as a team, is just trying to talk about that -- the importance to vote, the importance for our voices to be heard throughout our community and to be leaders there."

"But, that's simply unacceptable and I don't understand an officer not behind charged in that case.

The Taylor case was a topic discussed throughout the NFL on Thursday ... with other stars like Odell Beckham and Lamar Jackson expressing their concerns with the announcement.

"I don't feel like it's been the 'Land of the Free' for us black people sometimes." @Lj_era8 pic.twitter.com/HaLhrdSs1h

"It’s crazy we never get justice for serious things on our side of the part," Jackson told reporters. "We’re in America where it should be freedom of speech ... the Land of the Free, but I don’t feel like its been that way for us Black people sometimes."

"It’s just getting tougher," OBJ told reporters. "It’s disheartening ... when you just want justice and it doesn’t seem like that’s going to happen."

One officer was charged with wanton endangerment while zero charges were filed directly relating to Taylor's death ... and it's clear many in the NFL do not agree with the decision. 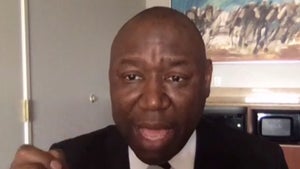