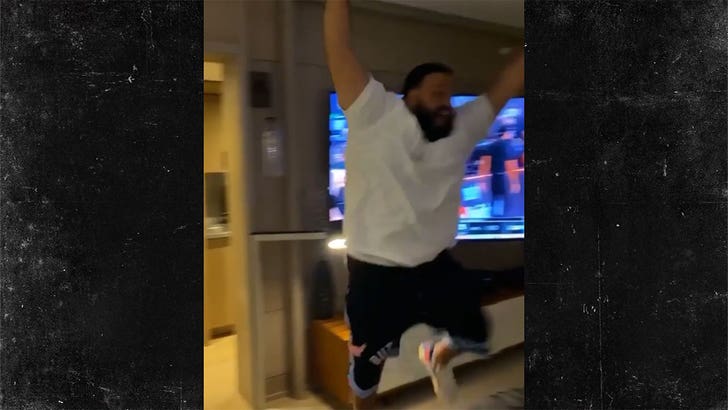 DJ Khaled went ballistic celebrating the Miami Heat's win over the Celtics on Sunday ... jumping and screaming like a mad man -- and the whole thing was caught on video!!!

The 44-year-old -- who's been a Heat fan for YEARS -- was catching the NBA's Eastern Conference Finals game in a living room somewhere ... when Miami pulled out the series win.

That's when Khaled went CRAZY ... grabbing his drink, woooooing like Ric Flair and hopping around like a little kid!!

Ya gotta watch the clip ... the dude is SUPER PUMPED for his favorite team -- and said of the victory afterward, "WE IN THE FINALS !!!!!!!!"

Khaled then gave an epic pump-up speech about his squad ... boasting about all their championships and saying straight-up the air conditioning in Miami's locker room "pours out greatness!!" 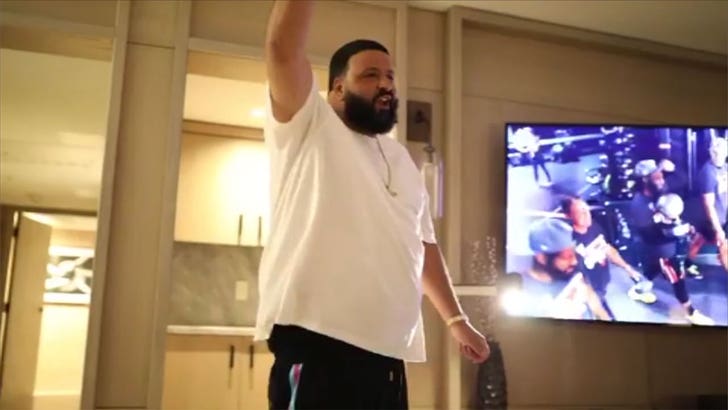 Of course, the celebration might be short-lived ... the Heat have a tough road ahead of it in the NBA Finals -- as LeBron James and Anthony Davis await. 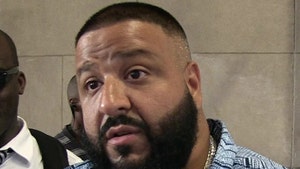 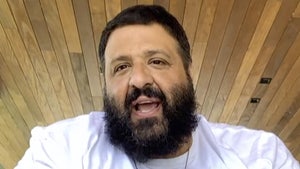 DJ Khaled Says All In Challenge Should be Personal, Jet Skiing's His Forte