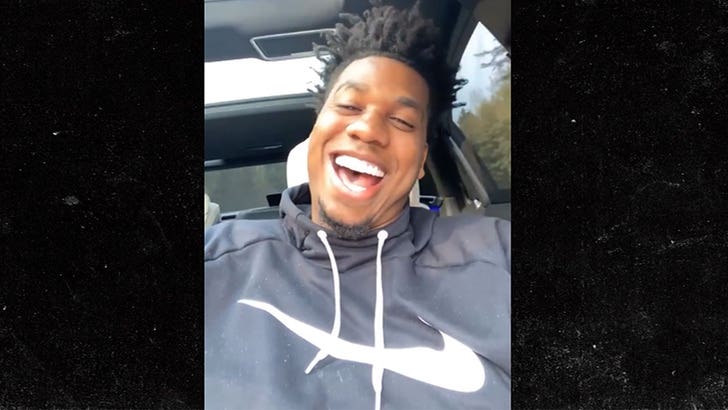 Whiteside posted a video on Wednesday denying he sent the message ... while laughing about the situation.

However, on Thursday ... the 31-year-old hooper got serious, and passionately defended himself ... writing that he loves 'Merica, and wouldn't wanna live anywhere else.

"I need to get serious for a minute because my personal integrity and feelings towards my country are being called into question as a result of a completely false, photoshopped picture of a tweet I never posted."

"What upsets me most if that it reflects exactly the opposite of how I feel about this country. I have never and would never say what that tweet said. I am proud to be from America and there is no other place in the world that I want to live."

Whiteside continued ... "One of the greatest things about this country is that we all have an opportunity to make our voices heard through voting, a freedom that doesn't exist in every single country in the world."

"So please, exercise your right and make a point to vote this November."

No, Hassan Whiteside did NOT threaten to leave America and move to Hawaii in the wake of that insane debate Tuesday night ... insisting he was framed on social media.

After the Trump vs. Biden debate, someone posted a tweet that appeared to be from the 31-year-old NBA star's official account, saying "i can't do this for four more years f*** america bro im moving to Hawaii"

The quote went viral (because it's hilarious) -- and was even picked up by some pretty big websites.

But, Hassan -- the REAL Hassan -- went to Instagram on Wednesday to call BS on the whole thing.