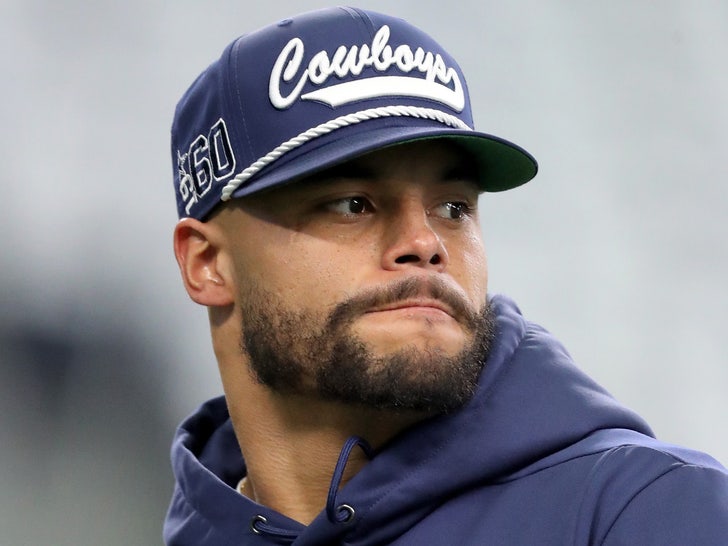 7:26 AM PT -- The QB had a warm welcome upon returning to his Prosper, TX home ... with Prescott's neighbors making a huge sign that read, "Get well soon, 💙 your neighbors."

Dak Prescott is now recovering at home after he was discharged from the hospital Monday following a successful ankle surgery, the Cowboys say.

27-year-old Prescott was rushed into surgery Sunday night after suffering a compound fracture and dislocation of his right ankle while playing the NY Giants.

The Cowboys tapped doctor Gene Curry to perform the surgery -- which involved cleaning out the wound and repairing the break.

Sources have told various media outlets the surgery was a success -- and Prescott was discharged less than 24 hours after being admitted.

"I know he's excited to get home and start the journey back, as you would expect from Dak, but he's doing OK."

There are reports Dak's recovery could take somewhere around 4 to 6 months -- but McCarthy noted, "As I've found out in my short time here, he's going to challenge any timeline." 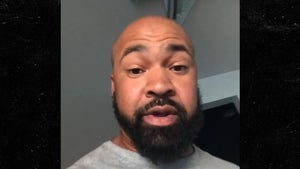 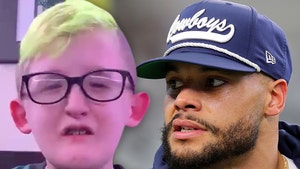