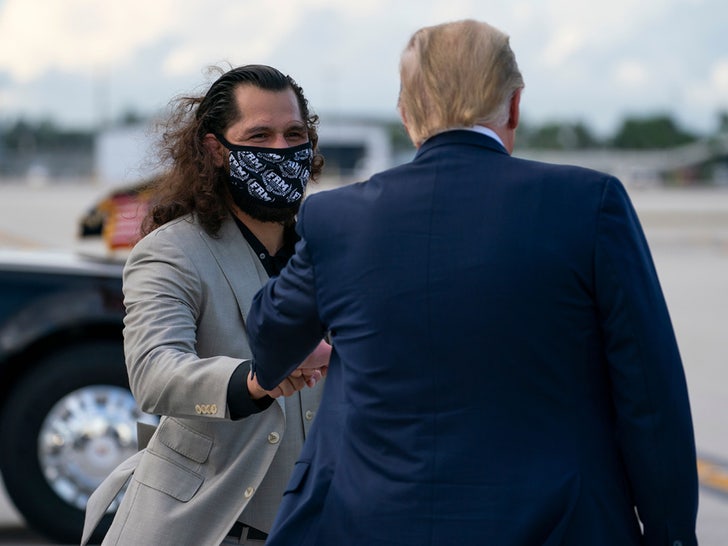 Forget the Secret Service, the "Baddest MF" on the planet has Donald Trump's back in Miami ... Jorge Masvidal.

The UFC superstar (and reigning "BMF" titleholder) was waiting for POTUS at Miami International Airport on Thursday to personally greet Trump as he arrived for his NBC Town Hall event at the Perez Art Museum.

Masvidal was wearing a mask. Trump -- who recently tested positive for COVID-19 -- was not. But, Jorge didn't seem too concerned. 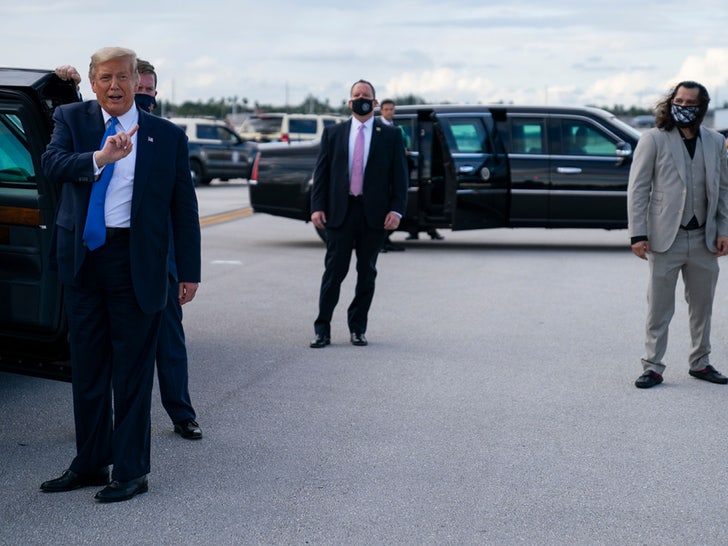 While at the airport, Trump told reporters, "Don't ever fight him!"

Trump and Masvidal have become close over the past few weeks -- with Jorge even campaigning for Donald at a recent "Fighters Against Socialism" rally.

Earlier this week, Trump tweeted at Masvidal, "Jorge, you’re really tough and really smart. My Great Honor to have your support!"

Masvidal -- whose father was born in Cuba -- responded, "My honor and duty to the country my father risked his life escaping to from the hands of communists. Said it before and I’ll say it again, you a bmf sir."

Earlier this week, Masvidal had a fast-food lunch with Donald Jr. -- and said they had a lot in common ... including "good hair."

Trump has won over several UFC fighters over the past few months -- including Justin Gaethje and Henry Cejudo.

Will it be enough to defeat Biden? We'll see soon enough ... 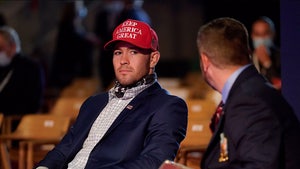 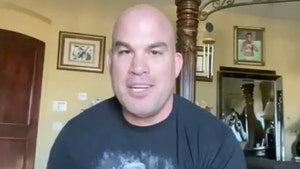