Yeah, Antonio Brown is flying to Tampa Bay tonight -- where he's expected to sign with the Bucs and reunite with Tom Brady.

That's the plan according to NFL Network's Ian Rapaport who says the Bucs have been "quietly working on a deal with WR Antonio Brown and it’s now 'very close.'"

Rap adds, "Tom Brady has been pushing for this for some time. Now looks to be happening. Brown is on his way to TB."

As we previously reported, AB is still serving his 8-game suspension stemming from some major off-the-field issues ... including an arrest for allegedly attacking a moving truck driver.

He was also investigated over allegations he raped his former trainer -- and sent menacing text messages to another woman after she had publicly accused him of sexual misconduct.

Brown will be eligible to play starting Week 9 -- and it seems the Bucs are ready to pull the trigger.

Rapoport says when he touches down in Tampa tonight, it will start Day 1 of the COVID protocol. He's expected to sign his deal by the beginning of next week, which would allow him to play Week 9.

Rap also says Tom Brady has been a major force in bringing AB to TB -- remember, they got along pretty well during Brown's short stint in New England last season.

As for the contract, Rap says, "Brown is a two-month rental and the belief is it’s a 1-year deal with significant upside for Brown."

Brown has burned major bridges with several NFL teams including the Raiders, Steelers and Patriots.

Will he be able to keep his nose clean in Tampa Bay?

Seems the Bucs are willing to roll the dice ...

The Seattle Seahawks had expressed interest -- and Russell Wilson publicly supported AB -- but it seems Brown would rather play with TB12. 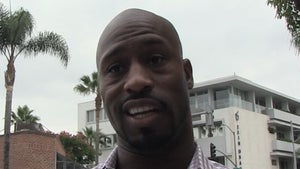 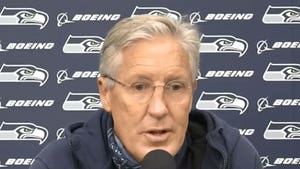