Clayton Kershaw wasn't on the Dodgers team flight back to L.A. after the World Series -- instead, the star pitcher says he drove home after the COVID scare.

Kershaw is from Texas -- so, he may have meant he drove back to his home near Arlington. Either way, seems clear he wasn't on the team flight back to L.A.

Of course, Kershaw was seen hugging teammate Justin Turner moments after winning the World Series on Tuesday ... despite the fact Turner had just been informed he tested positive for COVID-19.

As we previously reported, MLB claims it ordered Turner to immediately isolate to prevent exposing other people ... but JT refused and got up close and personal with several teammates coaches and staffers.

Turner did not join the Dodgers on the flight back from Arlington to L.A. -- and apparently, Kershaw didn't either.

Kershaw and Cody Bellinger also told Kimmel that Turner's positive COVID test impacted the team celebration after the game ... because they didn't get to turn up in the locker room as they hoped.

"With everything going on we had to be a little chill," Kershaw said.

"I, at least, got to cheers the guys and we all got to at least have a beer together."

Bellinger added, "Wasn’t the ideal celebration that we all had in mind when we won our first championship but it was still a great time. The feelings now and yesterday are incredible."

There's more ... Bellinger also addressed rumors that he looked HIGH ON WEED during the World Series!

Belli says he would never smoke on the job -- but admits he has a naturally stoney-looking face! 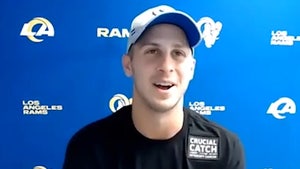 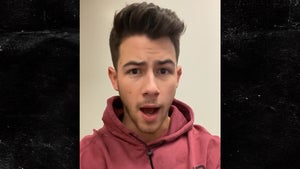