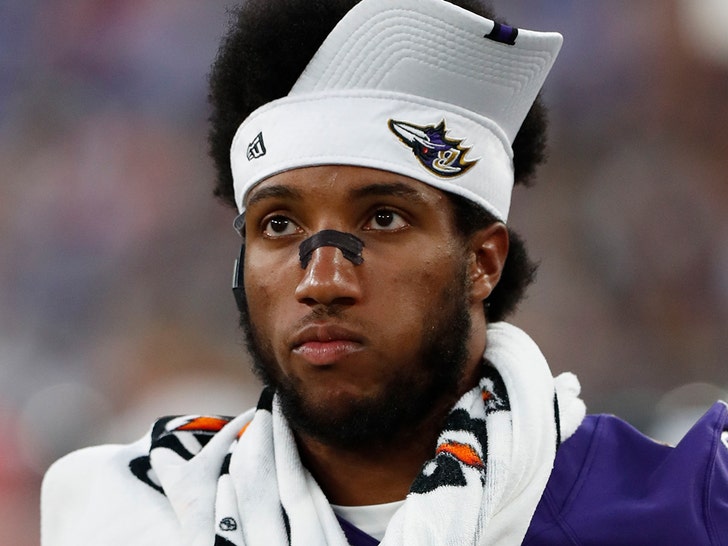 Another big potential COVID problem for the NFL ... Ravens star Marlon Humphrey tested positive for the virus Monday after playing in 100% of Baltimore's defensive snaps vs. the Steelers on Sunday.

Humphrey announced the positive test Monday morning ... saying in a tweet, "I got the Rona hopefully I’ll be back healthy soon."

Of course, the test results now pose a massive issue for the league ... 'cause they could signal an impending outbreak.

According to multiple reports, the 24-year-old cornerback took his COVID test prior to the Steelers game ... but did NOT get the results back in time to keep him off the field.

So, Humphrey played ... and not only put his team at risk of exposure ... but the entire Steelers offense as well.

In fact, Pittsburgh tight end Eric Ebron tweeted about his worry over catching Humphrey's virus ... posting a photo of the two from the game and saying, "this was not 6ft."

The Steelers said in a statement none of their Sunday tests came back positive ... so they'll now wait to see if anyone contracted it during the game. Pittsburgh is set to play the Dallas Cowboys on Sunday.

Meanwhile, a similar situation played out in Green Bay ... Packers running back AJ Dillon tested positive for coronavirus Monday morning after playing several snaps against the Minnesota Vikings on Sunday.

The positive test has now put the Pack's "Thursday Night Football" game against the 49ers in jeopardy ... and has also potentially exposed Vikings players to the virus as well.