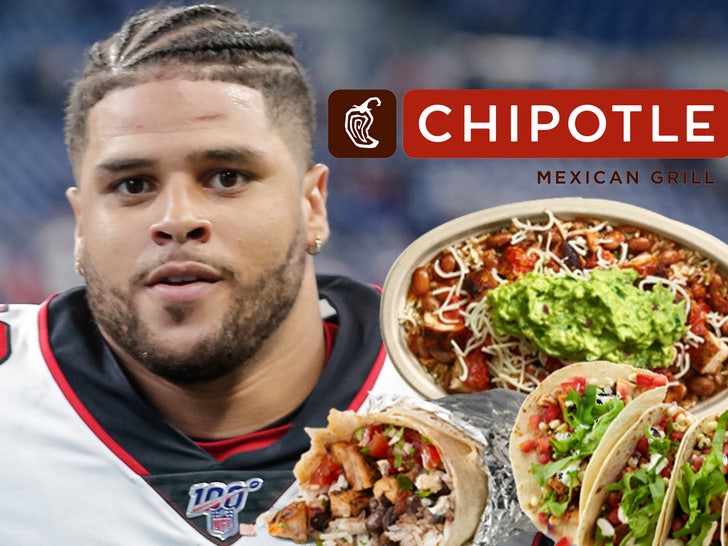 Pour one out for Keith Smith's poor toilet ...

The Atlanta Falcons fullback admitted this week he has a SERIOUS affinity for Chipotle ... explaining he gets bowls from the Mexican food joint 4 or 5 times a day!!

"You probably won't believe it," Smith said on the "Endless Hustle" podcast this week. "But, most people who know me know that it's legit."

What is @K_SMITH31's diet secret? @ChipotleTweets all day every day🌯🌮

The 6-foot, 240-pound NFLer explained he uses the restaurant as a way to sort of meal prep.

Smith -- who turned 28 back in April -- says he gets his bowls compartmentalized ... getting the chicken, rice and beans all separate so he can concoct the deliciousness whenever he's ready.

As for why Chipotle and not El Pollo Loco or some other spot? Smith says it's simple ... "You know what you going to get. The consistency."

In case you were wondering, a modest Chipotle chicken burrito bowl has around 800 calories in it. So, do the math -- that's roughly 4,000 calories of Chipotle PER DAY!! 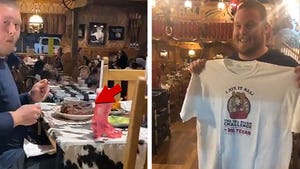