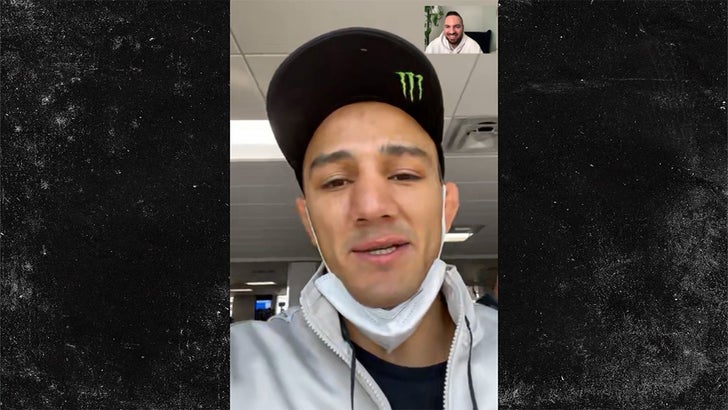 Aaron Pico admits he felt bad after OBLITERATING his opponent with a crushing right hand at Bellator 252 on Thursday -- and later apologized to the guy for talking trash after the knockout.

💡s OUT. @AaronPicoUSA solidifies himself as a must-watch with this right-hand bomb for the knockout! #Bellator252 pic.twitter.com/bsicqg2Y1d

Pico just destroyed John de Jesus with an overhand right in the 2nd round of their featherweight bout -- sending his opponent crumbling to the ground, where Pico continued to fire off shot after shot until the ref stopped the fight.

In the moment after the knockout, Pico was so fired up, he started talking trash to JDJ while he was still laid out on the mat.

But, Aaron eventually cooled down and tells TMZ Sports he had a respectful conversation with JDJ after the fight.

"Yeah yeah, he said good fight, I just apologized, and said that I probably shouldn't say that after the fight, but it's over it is what it is."

"It's a fight," Pico added ...  "That's what people don't realize sometimes. There's so many emotions that go into it that you just can't explain it, especially when you knock somebody out."

"It's a feeling that you can't explain ... that seems like the best drug that you could possibly take, knocking someone out. You feel like on top of the world for a while, and then it wears off."

Aaron says the two men had been beefing all week -- which got him more hyped up than he would have liked to have been in the fight.

"I just knew I had to literally just stay calm and that was the game plan going into the fight -- that he was gonna taunt, he was gonna do a lot of things. But, my coaches just said 'just stay in the process. Be like Georges St-Pierre and don't let anything phase you.'" 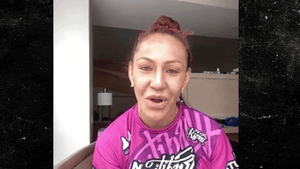