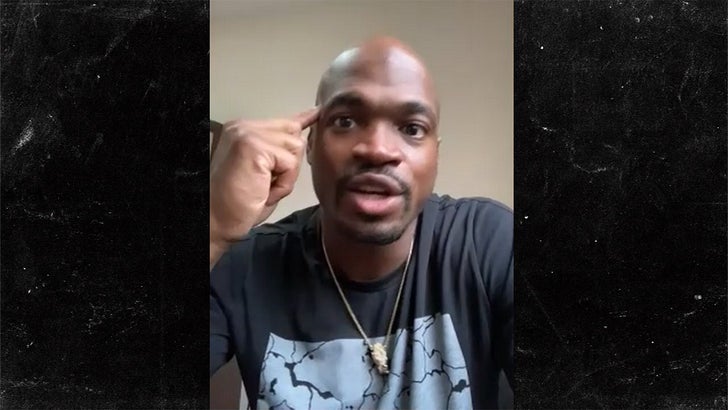 The future Hall of Famer tells TMZ Sports ... after he went through a devastating knee injury in 2011 and recovered spectacularly, he's doing all he can to impart wisdom on others so they can follow down the same path.

The 35-year-old says he's already been in touch with Saquon and Odell after they suffered their respective knee tears ... and he's reaching out to Burrow soon too after the Bengals QB ripped up his knee Sunday.

And, Peterson says he's hoping his words and his story really make an impact on the guys.

"To be that poster child for [ACL recovery] is what I envisioned," Peterson said. "Because now people, they look at it, and they say, 'You know what? I can do that. I'll be able to come back.'" Adrian had an MVP season when he came back.

Peterson says part of his advice to the guys includes handing over some of his old rehab routines, workouts and milestones so they can follow along during their journeys.

The rest, Peterson tells us, is all about convincing the guys to have a positive mindset amid the adversity.

"I've always had the mindset of not allowing the world to box you in -- not allowing what other ones might see as hard or impossible," Peterson said. "Don't let that box you in where you can't open your mind to realize that we are incredible human beings that God has possessed with the ability to do some amazing things if we are able to allow our minds to go outside the box and do the impossible." 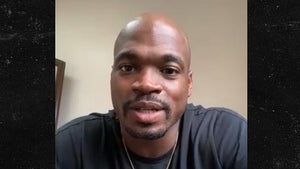 Adrian Peterson Says COVID Season Has Extended His Career, Might Play 'Til 40 Now! 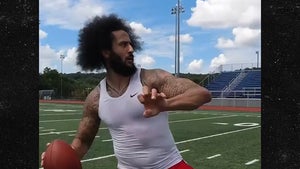