Kendall Hinton's run as starting QB for the Denver Broncos is over ... probably.

The team's top 3 QBs -- including starter Drew Lock -- have been cleared to return Wednesday after testing negative for COVID on Tuesday, according to ESPN.

Remember, Lock -- along with backups Brett Rypien, Blake Bortles -- were all placed on the team's COVID list over the weekend after being deemed "close contacts" with QB Jeff Driskel, who had tested positive for the virus on Thursday.

The QBs reportedly did not wear masks around Driskel during an informal film session on their day off -- which led to all FOUR players being blocked from playing on Sunday against the Saints.

The team was so desperate for a QB, they turned to Hinton -- a practice squad WR who hasn't played a snap at QB since his college days at Wake Forest.

Broncos head coach Vic Fangio said the team is still mulling a possible punishment for his top 3 QB, including a fine.

Broncos president and CEO Joe Ellis -- who also tested positive for COVID this season -- issued a statement Tuesday saying, "We share in the disappointment of our fans for the challenging and unique situation our team faced at the last minute this weekend."

"While it's easy to point fingers, all of us must take responsibility and work together to prevent it from happening again.''

He added, "We will learn from this and be ready for the challenge of facing the Chiefs in front of a national audience on Sunday Night Football." 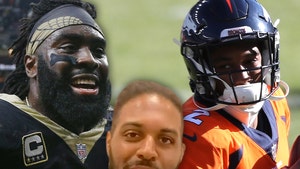 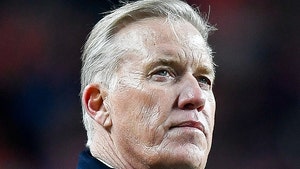