Nice little Thursday for Anthony Davis ... who's expected to sign a 5-year, $190 MILLION contract to remain with the L.A. Lakers.

The 27-year-old free agent will sign the deal at some point today, according to ESPN's Adrian Wojnarowski ... putting the Lakers in a great position to repeat as NBA champs.

Davis will make $32.7 million this season and enjoy annual increases that will pay him $43.2 in the 5th year of the deal.

There was some concern Davis could leave L.A. for another market -- but in the end, the money and the opportunity to build on a solid first season with LeBron James proved too enticing.

It also helps that LeBron and Davis are repped by the same agent, Rich Paul.

Remember, those 3 went to dinner at Nobu in Malibu back in October ... presumably to talk business.

The news on Davis' deal comes after word that LeBron is signing a 2-year, $85 million extension to stay with the Lakers. 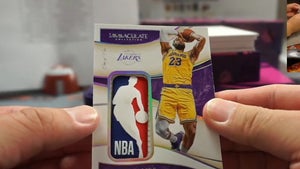 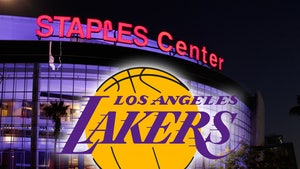 Lakers Will Not Have Fans At Home Games 'Until Further Notice'