LeBron James just took one step closer to making his dream of being NBA teammates with his son a reality ... by signing a 2-year, $85 million extension to stay with the Lakers through 2023.

The news of the extension broke on Wednesday ... and while Lakers Nation has to be thrilled to have King James on board for some more time, folks were quick to realize the significance of the deal's length.

LeBron James, Jr. COULD be draft-eligible in the year 2023 if the league changes its one-and-done rule by that time ... which means he could skip college and go straight to the pros.

35-year-old Bron's extension now gives him the freedom to sign with any team he chooses -- and hypothetically, that means he could follow Bronny wherever he goes.

As we previously reported ... 16-year-old Bronny is the 30th-ranked high school player in the class of 2023 ... so there's a legit possibility he could eventually make it to the Association. 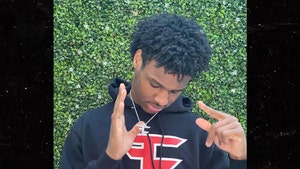 Bronny James Is Not 'Signed' to Faze Clan, 'Does Not Have a Contract' 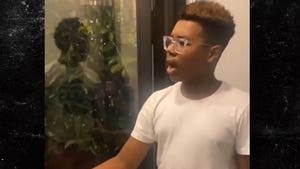