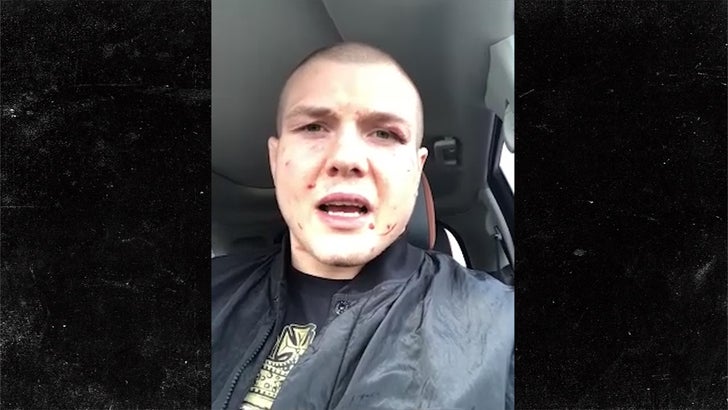 “These guys have a life outside. They have families to look after. They have other things going on. I don’t have anything else going on besides chasing this mother f**king title.”

We talked to Vettori fresh off his 5-round, unanimous decision win against #4 ranked 185 lb. fighter, Jack Hermansson Saturday night in Vegas.

The fight was INSAAANE!! Vettori and 32-year-old Hermansson -- who says he suffered a broken eye socket during the scrap (see pic below) -- set a record for significant strikes landed in a middleweight fight. 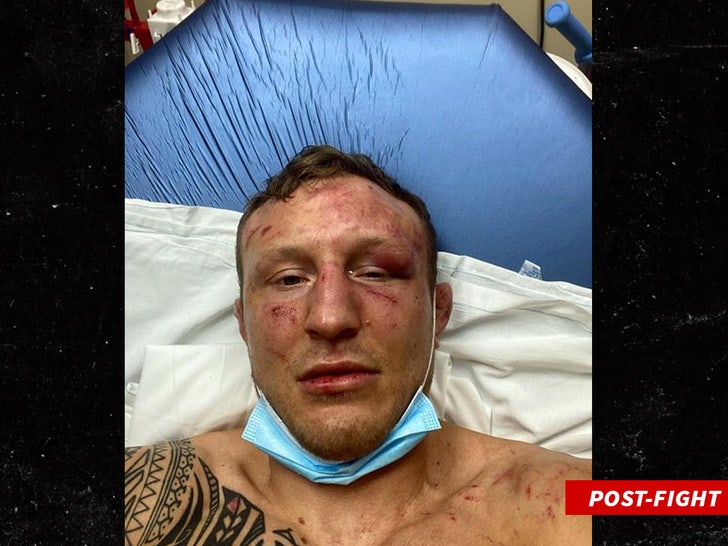 After the fight, Vettori initially called out Paulo Costa ... but the Italian star obviously changed his mind, and has his sights set on even bigger fish.

FYI, Vettori is referring to Izzy (temporarily) moving up a division to fight Light Heavyweight champ Jan Błachowicz next year.

If Marvin beats #1 ranked Whittaker, it'd set up a rematch with Adesanya. The men fought in April 2018 ... and some people -- including a judge from the fight -- felt Vettori won the fight.

"I want to be the legitimate #1 contender for this f**king title," Vettori says, continuing ... "And then I want to be the one that dethrones that bulls**t ass champion called Israel Adesanya." 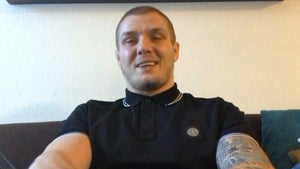 Marvin Vettori to Be 1st Italian In UFC Main Event, 'I'm Proud of This Moment' 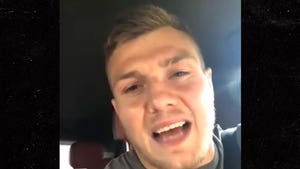