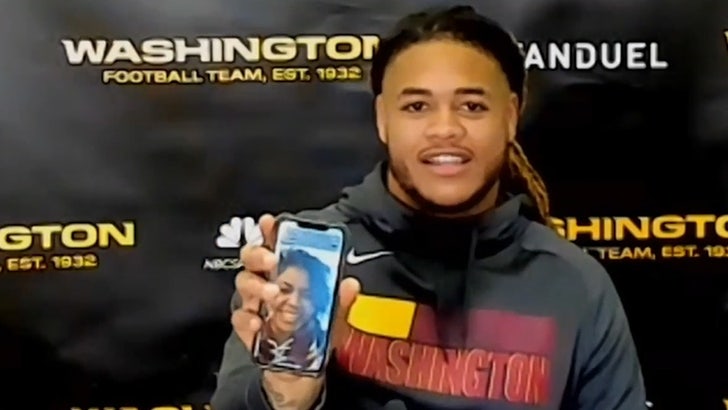 Chase Young's mom was THRILLED to see her son ball the hell out for the Washington Football Team on Sunday ... and we know this -- 'cause the rookie brought her to his postgame press conference!!!

Just minutes after Young tore apart the San Francisco 49ers in a 23-15 win ... the 21-year-old stepped to the podium to talk about his monster game.

That's when a reporter asked for his mom's opinion of his afternoon ... and, fortunately for all of us, she just happened to be on the phone with him!!!

Chase introduced her to the media ... and she then showered her baby boy with nothing but praise!

"Oh my gosh, I’m just so worn out," Young's mom, Carla, said. "This game was just outstanding I couldn’t even believe it. I was in shock."

This was a nice highlight package by Fox. Chase Young has a sack, fumble, separate fumble recovery for a TD, all in the 1st half. pic.twitter.com/WOCAW57Z2K

The moment was super cool and super sweet ... especially because Carla has been one of Chase's biggest critics this season.

If you're unfamiliar, she famously gave him just a C+ grade for his first few games this year because his sack totals weren't up to her liking.

But, after Chase piled up 6 tackles, a sack, a forced fumble and a fumble recovery for a TD ... there were absolutely no complaints from Mama!

"He knows how to pick that ball up and not fall on it!" Carla said. "And, he got it and kept trucking!" 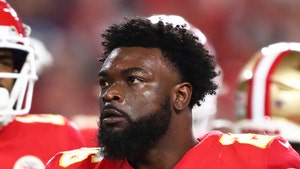 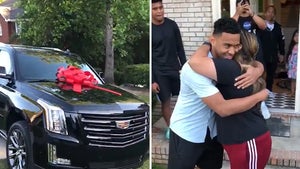 Tua Tagovailoa Surprises Mom With Escalade For Mother's Day, 'This Is Mine?!'