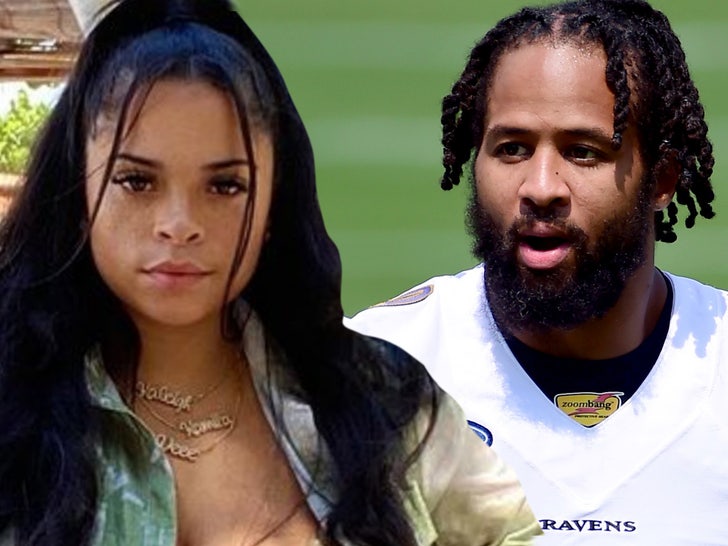 Earl Thomas' wife claims the NFL star went ballistic the day after Christmas ... attacking her and her family and punching through a window in a drunken rage -- and she says it isn't the 1st time he's completely lost it.

But, Earl is denying all of the allegations ... we spoke with a member of his camp who says the claims are false and that the couple is on good terms.

Nina Thomas spelled it all out in court documents, obtained by TMZ Sports, saying she's "scared" of the 31-year-old former Baltimore Ravens player following what sounds like a terrifying Dec. 26 incident.

In the docs, Nina -- who filed for divorce from Earl in November -- says she agreed to spend Christmas with Earl at her parents' house in Orange, Texas so he could be with their children. 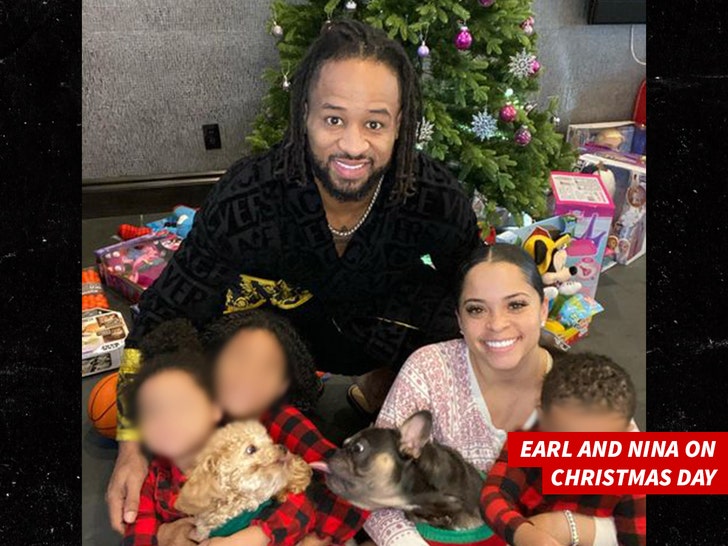 Nina, though, says Earl "chose to stay out all night drinking" on the holiday ... and came back the next morning and flew off the handle.

Nina says after sending "harassing text messages" to her phone, Earl showed up to the house "visibly intoxicated."

Nina says he told her to "suck my d***" in front of their daughter at the residence ... and then followed Nina outside after she went to get some things for her children in the car.

Nina says Earl screamed at her in the front yard ... so she says she locked him out of the house -- and that's when she claims he snapped.

Nina says Earl "was irate and beating on the windows of the house." She claims she then called Earl's mother to try to get him to calm down, but when she arrived, Earl was "still in front of the house screaming obscenities and clearly enraged."

Nina says Earl then put his fist through one of the house's windows ... causing blood to spill all over the front porch.

Cops were called to the scene in reference to a disturbance, according to police docs obtained by TMZ Sports, and officers say they were able to question Earl a short time later at the hospital over it all.

Officers say Earl told them he admitted to putting his hand through the window ... though they say Earl "reported no crime was committed to cause his injuries." The police docs list the case as "inactive."

But, in the court documents, Nina says Earl's aggression toward her and her family didn't stop there ... she says Earl "threatened to come back to my parents' house, to burn all of my things if I came back to our house in Austin, and to kick my 'ass.'"

In the docs, Nina says the whole incident was just one of several times in the past few months where Earl had terrorized her.

The 31-year-old says in June 2020, she and Earl were at the Golden Nugget in Lake Charles, Louisiana when Earl began "acting belligerent" at the casino.

Nina says she was able to convince him to come upstairs with her to avoid any conflict with security ... but she claims once they got back to the room, Earl "decided to direct his anger towards me and started mumbling insults and calling me names."

Nina says it all escalated very quickly ... claiming, "At one point Earl threw me into the bath tub and turned the hot water on me." She says she suffered "bruising to my torso and back that required medical attention to ease the pain caused to my back."

On Oct. 9, 2020, Nina says she and Earl were celebrating her birthday when he "flew into a fit of anger and called me a 'bitch'" after she had left him to go to brunch with some of her girlfriends.

In the docs, Nina says Earl grabbed her by the back of her neck and threw food and drinks at her "while hurling insults and telling me that I am worthless." Nina says all of it caused her to have bruising on her body, which she claims to have photographed.

What's interesting is Earl had penned a love note to Nina and posted it on social media that same day. 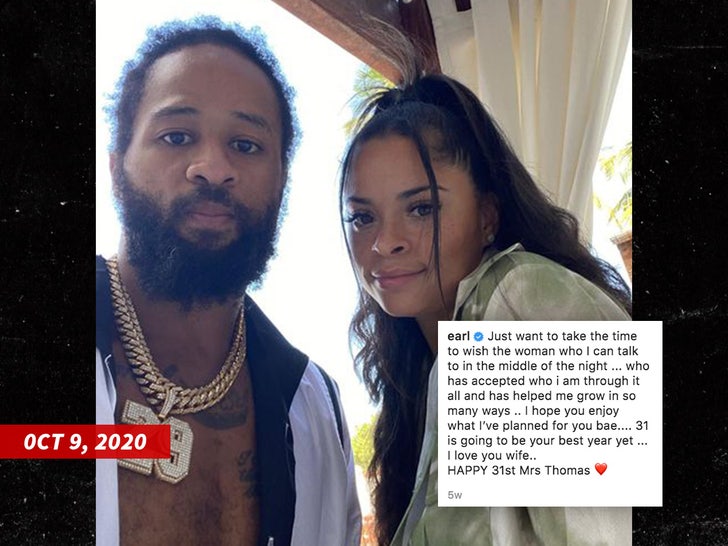 On Oct. 22, Nina says she and Earl were at a hotel in Dallas when Earl "started mumbling rude and obscene things to me" after a night of drinking.

Nina says she went to get up to pack her things and leave, fearing escalation ... and that's when she says Earl "grabbed me by the pony tail, threw me onto the bed, and he pinned my body down."

Nina says she was eventually able to escape ... and filed for divorce just days later.

In her court docs, Nina wrote of it all, "I am scared of Earl and believe that there is a clear and present danger." She requested a restraining order, writing in the docs that she feared "both me and the children will be harmed."

According to court records, a judge granted Nina's request last week ... and ordered Earl to stay at least 400 feet away from Nina's Austin, Texas home and the children's schools.

Earl has been ordered to appear before the judge via videoconference later this month for a hearing on the matter.

Earl, meanwhile, is still in the process of trying to find an NFL home after the Ravens cut him in August after he reportedly punched a teammate on the practice field. 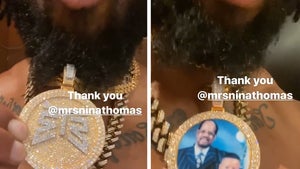