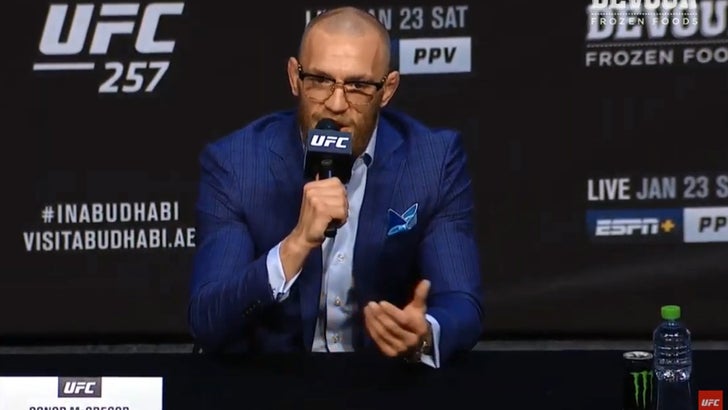 Conor McGregor has broken his silence about the multi-million dollar lawsuit filed against him by a woman in Ireland ... claiming he's already been "cleared of all wrongdoing."

The UFC fighter is being sued over an alleged incident that took place on Dec. 9, 2018. The New York Times reports the woman is the same person who accused McGregor of rape.

In fact, the NYT says the woman's allegations involve claims she was roughed up and raped by the UFC star at a hotel penthouse in Dublin.

According to the NYT, the woman claims she rejected McGregor's sexual advances -- but he continued to kiss her and remove her clothes. The woman claims she bit and hit Conor in an attempt to fight him off -- but he grabbed her around the neck and lifted her up 3 times until she stopped resisting.

The next morning, McGregor's friend told her the UFC star had sex with her, the accuser claims. She was later examined in a sexual assault treatment at a hospital and went to the police the following month.

News of the suit being filed broke just days before McGregor's January 23 return to the Octagon to take on Dustin Poirier on Fight Island at UFC 257.

💎 @DustinPoirier vs 🇮🇪 @TheNotoriousMMA is two days away…

McGregor was asked about the allegations during the UFC pre-fight press conference on Thursday morning --  and defended himself vigorously.

"It's old news," McGregor said of the allegations ... "It was investigated thoroughly over the course of 2 long years and I was cleared of all wrongdoing."

McGregor then changed the subject and focused on his fight against Poirier.

As we previously reported, Conor's rep issued a statement denying the allegations ... explaining, "After an exhaustive investigation conducted by the Garda which, in addition to interviews of the plaintiff, included: interviewing numerous sources, obtaining witnesses' statements, examining closed-circuit footage and the cooperation of Conor McGregor, these allegations were categorically rejected."

As for the rest of the UFC 257 presser, Conor and Dustin were respectful -- and praised each other a lot. The fought back in 2014 and Conor won in just under 2 minutes into the 1st round.

This time, both men promised fireworks ion the rematch. 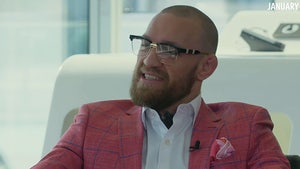 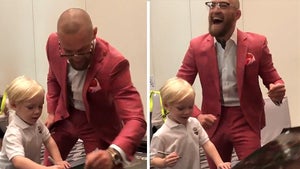