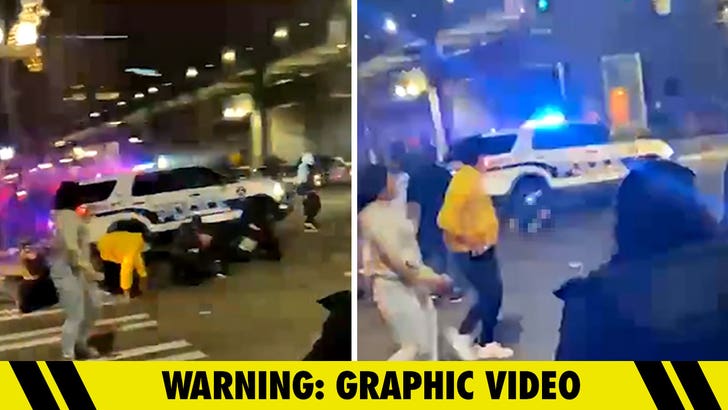 A police officer gunned his SUV into a crowd in Tacoma, Washington Saturday night, running over at least one person ... and it was all caught on video.

There were about 100 people in a street blocking an intersection ... some were in cars doing donuts and allegedly street racing. Cops were called to the scene.

The crowd surrounded one of the police SUV's and began pounding on the windows and kicking the sides of the vehicle. The PD said in a statement the officer feared for his safety ... "the officer drove forward striking one individual and may have impacted others" as he tried to get out of the "unsafe position." 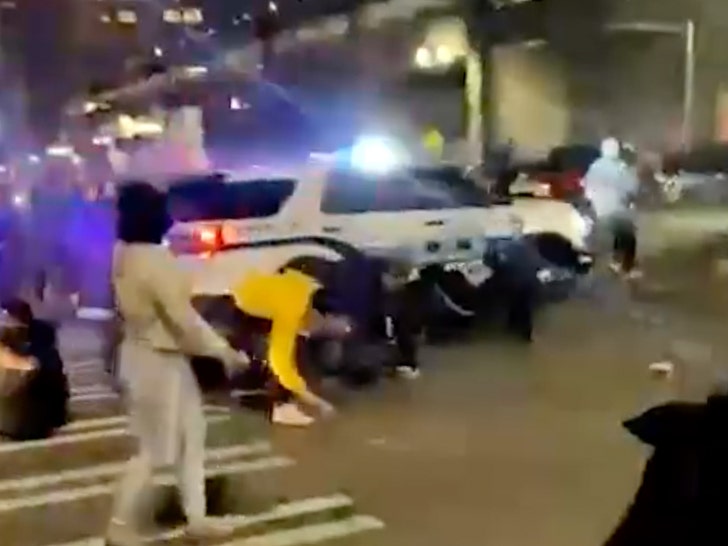 As the officer guns it, you see the SUV run over someone laying in the street. Someone who watched screamed, "Oh my God, oh my God."

At least one person was taken to the hospital. That person's condition is unknown.