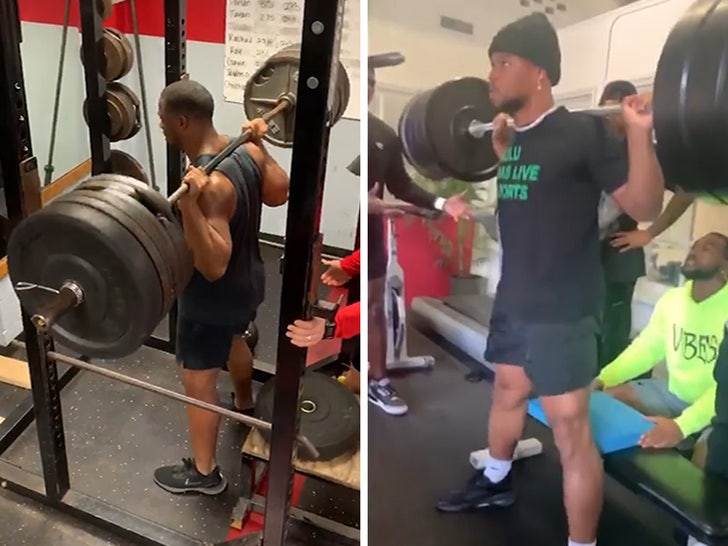 Nick Chubb and Saquon Barkley both think they can out-squat each other ... and there's only one way to solve this:

The Cleveland Browns running back was answering questions during an AMA with Bleacher Report this week ... when he was asked straight-up -- who would win in a squat-off between the 2 stars.

But, Saquon didn't let Chubb run his mouth without clapping back on Twitter Friday saying, "@NickChubb21 STOP THE CAPPPPP!😂😂😂😂"

Now, these 2 dudes are absolute FREAKS in the gym -- especially when they're working on their legs.

Remember, Barkley made headlines when the Giants posted a vid of their star RB box squatting 585 pounds FOUR times back in May 2020.

Of course, the smack talk is all fun and games ... but can we PLEASE make this matchup happen?! 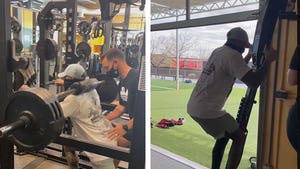 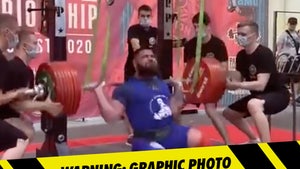