The sports card market is still ON FIRE -- and the proof is this Tom Brady signed rookie card which just sold for $1.32 MILLION!!

The card is a hand-signed 2000 Playoff Contenders Championship Rookie Ticket card -- one of only 100 ever produced.

The card was graded by the folks at PSA -- one of the top authentication and grading companies in the industry -- and received an "8" on card quality and a perfect "10" on signature quality.

The card was put up for sale at PWCC Marketplace and ultimately snatched up earlier this month by James Park -- the super wealthy CEO of FitBit, who also happens to be a hardcore sports card collector.

In fact, Park issued a statement on the purchase -- saying, "Given Brady’s uncontested status as GOAT in football, this card is an important piece of sports history and of any collection and I’m incredibly excited to now own 1 of only 100 of Brady’s best rookie card."

He added, "I lived in Boston for 10 years and so am a huge fan of Brady. The last Super Bowl win was just a mind-blowing accomplishment. I’ve also had a love of collecting cards since I was a kid."

There are reports the item is the highest selling football card of all time -- however, Darren Rovell reports the same Tom Brady card with a better grade, 8.5, sold in a private transaction for $1.7 million just last month.

Rovell also reports 7 people are in possession of the same card with a 9 grade -- and 3 of those people were offered $5 million to sell. Each person declined!! 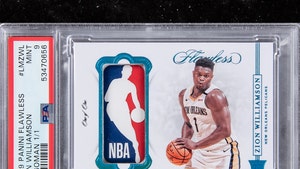 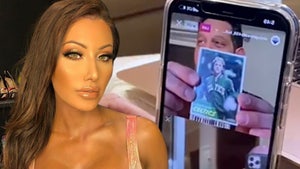