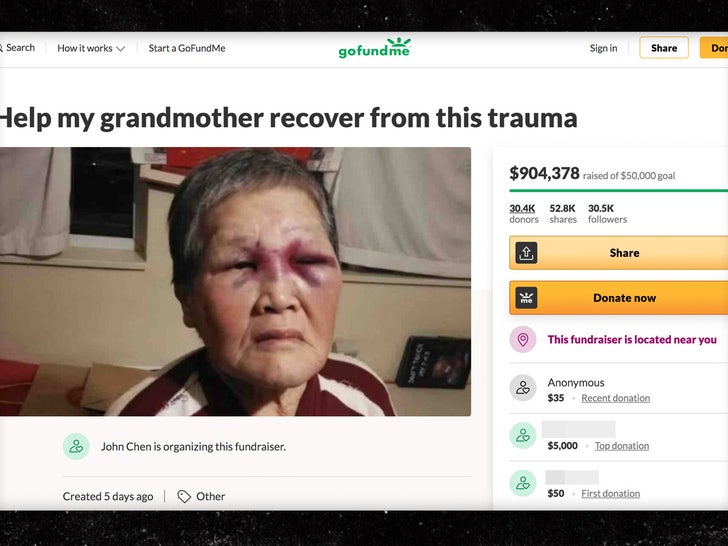 The family of the Asian grandmother senselessly attacked in San Francisco aren't keeping a penny of the nearly $1 million they've raised online -- a move made at the behest of the victim herself.

Xiao Zhen Xie was one of two older women 39-year-old Steven Jenkins allegedly bum-rushed last week along Market Street. Cops arrested Jenkins on the scene, but not before he got his ass handed to him by Xie ... who reportedly fought back with a piece of wood.

As you can see, Xie was left with black eyes, a swollen face and severe trauma ... according to her family. Thankfully, her grandson, John Chen, says she's doing better now ... but in the immediate aftermath, the family started a GoFundMe that has since raised upwards of $907k, from more than 30,000 donors.

The GFM's stated intent was money for medical expenses, but Chen just announced they're not holding on to any of the cash -- instead, they're pouring it back into the AAPI community. He says Grandma Xie ordered it so.

Chen explained his grandmother insisted they use the money to help combat the racism and hate Asian-Americans are experiencing right now. He says she told him the issue was bigger than her, and she wanted the money to help others.

It's unclear where exactly they're going to donate the money -- but in any case, it's the epitome of paying it forward. 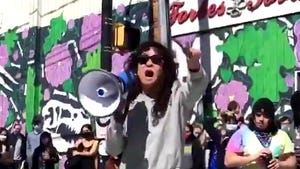 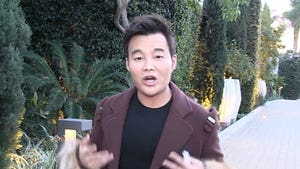