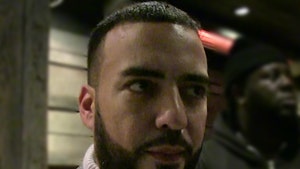 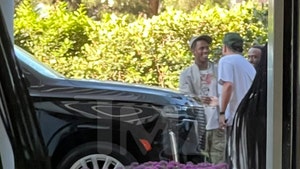 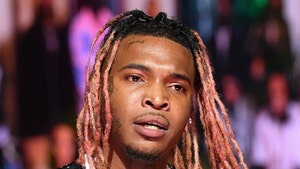 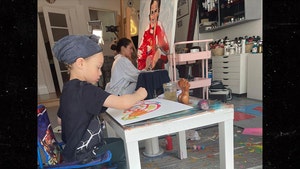 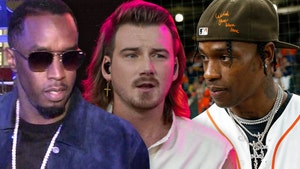 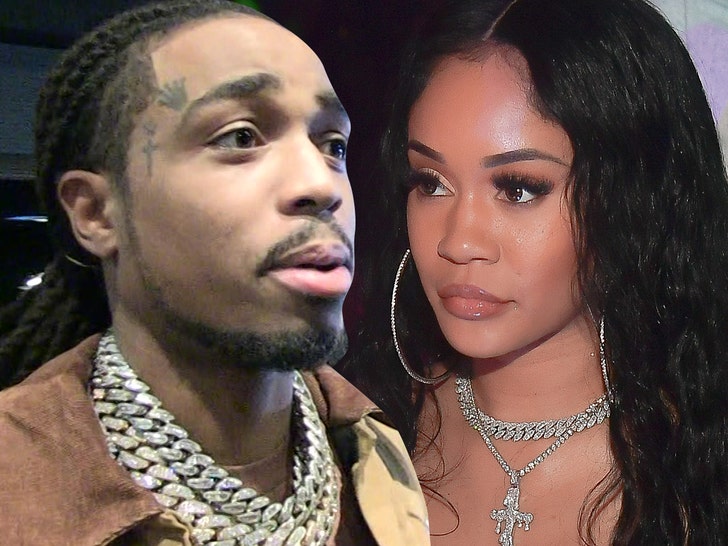 Quavo is speaking out for the first time since TMZ posted video of an elevator altercation between him and Saweetie -- and he wants to make one thing clear -- he's never physically abused his former gf.

Quavo tells us, "We had an unfortunate situation almost a year ago that we both learned and moved on from. I haven’t physically abused Saweetie and have real gratitude for what we did share overall."

The unfortunate situation Quavo's referring to is a video TMZ obtained inside an apartment complex elevator. The scene starts with Saweetie appearing to take a swing at Quavo during a struggle for control of a video game console.

At one point, Quavo grabs Saweetie by the arm, swinging her into the elevator, and the two fall to the floor. Saweetie stays on the ground -- apparently injured -- after Quavo gets up. Once the door opens, Quavo gets out and makes sure the door stays open while Saweetie limps out.

Quavo's statement comes just hours after Saweetie told us, "This unfortunate incident happened a year ago, while we have reconciled since then and moved past this particular disagreement, there were simply too many other hurdles to overcome in our relationship and we have both since moved on."

TMZ broke the story, LAPD detectives want to meet with both parties involved in what could potentially turn into a criminal matter of mutual combat, where both Quavo and Saweetie could be found at fault. 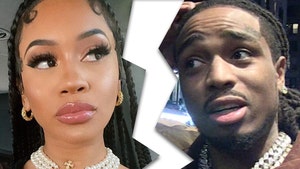 Quavo and Saweetie Split, She Hints He Cheated 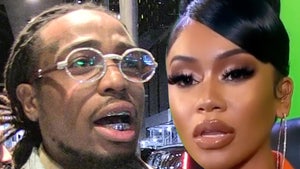