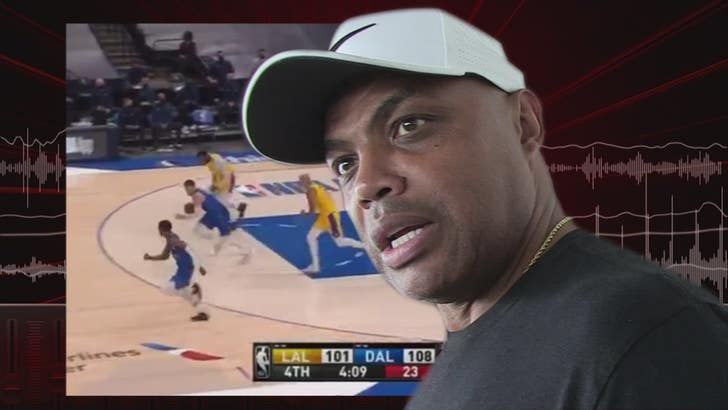 Charles Barkley ... this is not good.

The NBA legend is under fire for comments he made Thursday night on "NBA on TNT" -- comparing the women of Georgia to actual bulldogs.

Ernie Johnson was pointing out how Lakers' star Kentavious Caldwell-Pope had dropped 29 against the Dallas Mavericks ... and shouted out KCP's college program, the University of Georgia.

That's when Charles chimed in ...

"Only school in the world they named their mascot after the women down there."

The Univ. of Georgia mascot is the Bulldogs -- and no, it didn't seem like Charles meant that as a compliment to the women for their hard-nosed demeanor.

In fact, Ernie Johnson knew it was a problem as soon as the words came out of Chuck's mouth ... and scolded him on the air.

"So totally uncalled for," Johnson said ... "Not even gonna dignify that with a response."

Barkley had a history of making fun of women in various cities -- he's repeatedly said the ladies of San Antonio are "big women" and blamed it on the delicious churros that are popular in the area.

Barkley has always been unapologetic about his humor -- but he might want to reconsider this time ...