12:44 PM PT -- TMZ Sports followed up with Smith about his partner's comments ... and while he disagrees with Chuck's reason for getting pros the vaccine first, the Jet makes a different point.

"These are the healthiest people in the world. You don't need the vaccines first," Smith said at LAX. "However, the only thought process of that is if you're allowing sports to participate in the country, you do become a super spreader because you're going to city to city." 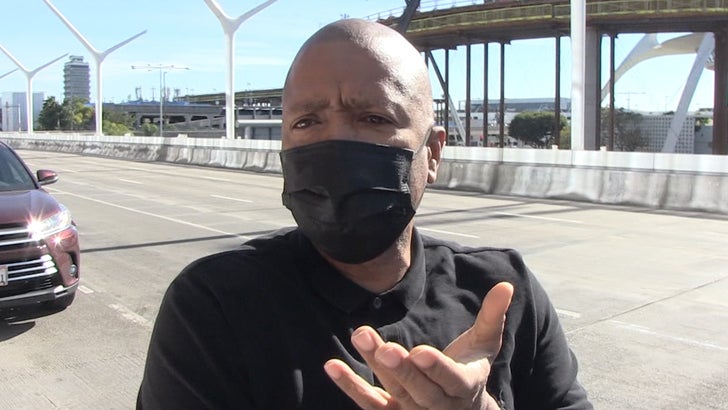 "If your job is taking you from city to city on a daily basis, then that would make sense why they should be at the front of the line, even before football."

The Jet says he spoke with Chuck off-cam about why he disagrees with his point ... and they were able to come up with an understanding of each other's views.

Hall of Famer Charles Barkley says NBA and NFL athletes deserve preferential treatment with COVID-19 vaccines ... claiming it's only fair considering how much they pay in taxes.

The NBA is currently dealing with a COVID nightmare ... with at least 10 games being postponed due to positive tests or close contacts through less than a month of play.

The "Inside The NBA" analysts were discussing the status of the league following the Golden State Warriors vs. Denver Nuggets game Thursday night ... when Chuck gave his eye-opening take.

Charles Barkley says NBA/NFL players should jump the line and get vaccine shots because they pay more taxes than normal people pic.twitter.com/ce5y1WTTOk

"We need 300 million shots, give a thousand to some NBA players ... NFL players, hockey players," Barkley said. "As much taxes as these players pay, they deserve some preferential treatment."

Kenny Smith followed up by questioning if that's fair when it could literally be a "life or death" situation for regular folk who don't have the same resources as pro athletes ... but Barkley doubled down.

"We can't go there," Smith clapped back. "I don't think you can go there."

Barkley noted he personally believes 1,000 vaccines to NBA players would not take away from at-risk or elderly people who could benefit more from the vaccine ... and claims his plan would keep the season alive.

Of course, both NBA and NFL commissioners Adam Silver and Roger Goodell have already shot down the idea of giving their players vaccines while essential workers and others wait in line.

The NBA recently modified its health and safety protocols after 16 players tested positive for the virus ... but Chuck clearly thinks more needs to be done to save the season. 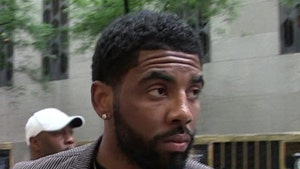 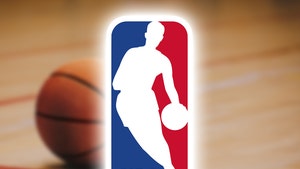