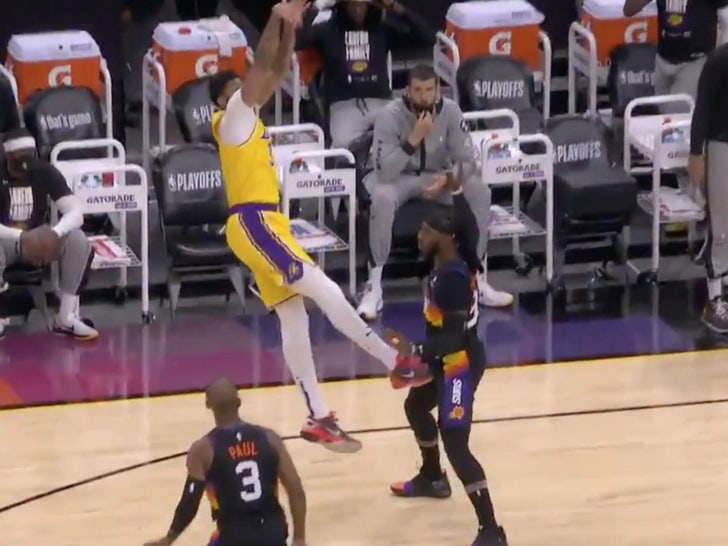 Anthony Davis' foot had a meeting with Suns forward Jae Crowder's baby maker during Tuesday night's game ... and it looked just as painful as it sounds.

It all went down less than a minute into Game 2 of L.A. and Phoenix's 1st-round matchup in the NBA playoffs ... when AD kicked his right leg out while attempting a deep 2-point shot -- and made solid contact with Crowder's groin.

Understandably, Crowder immediately fell to the court in pain ... but to add insult to injury, the guy was called for a defensive foul while contesting the shot!!!

To even things out ... Davis also got called for a flagrant 1 foul, which gave Crowder 2 free throws and the Suns the next possession.

However, Miller pointed out he believed Davis' kick was unintentional ... which set Green off on Twitter.

"So it’s unintentional now @ReggieMillerTNT?," Green said Tuesday night. "You referenced me as if mines was also unintentional? None of y’all said that during the time. Clarify your point? Would love to know..."

He added ... "Because if you’re saying mines was unintentional, there’s a lot of cowards that just went silent? And if you’re saying it’s intentional on my behalf but not here, then I shouldn’t have been referenced @ReggieMillerTNT just curious."

Davis finished the game with 34 points and 10 rebounds as the Lakers tied up the series at 1 game apiece with the 109-102 win.

Crowder finished with 8 points, 6 rebounds and 1 bag of ice on his crotch. 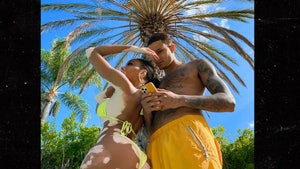 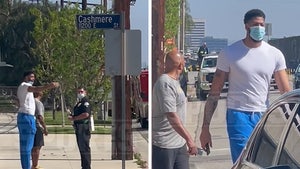