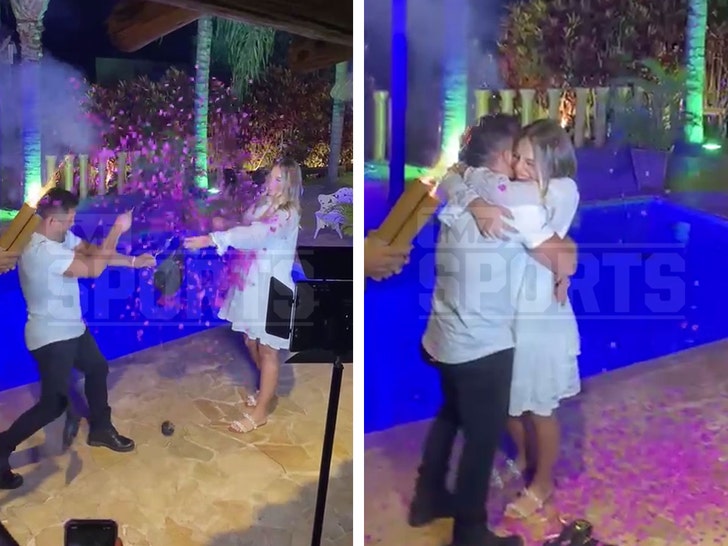 More great news for UFC superstar Henry Cejudo ... not only is he engaged to a Brazilian model -- he's also gonna be a daddy!!!

TMZ Sports has learned ... Triple C and his fiancée, Ana Karolina, are expecting their first child together -- a baby girl due in November.

Of course, Cejudo and Karolina first went public back in November 2020 ... and have been inseparable ever since. 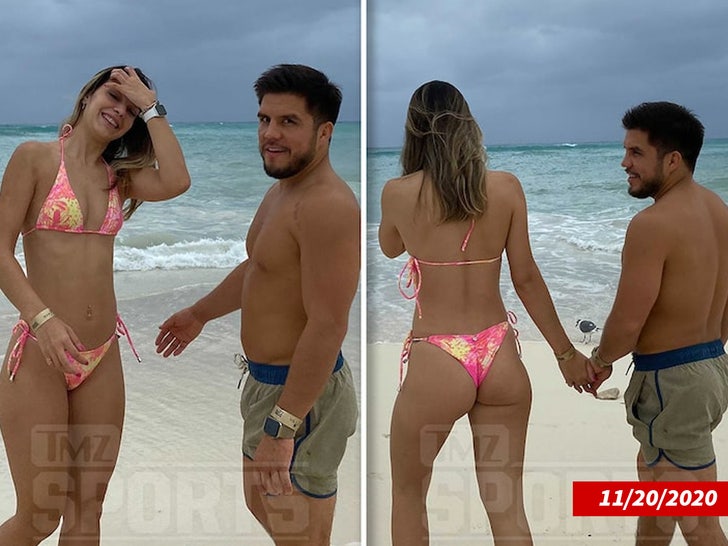 Fun fact -- Cejudo previously said Ana was his crush for 4 YEARS before he finally got a chance to meet her through a mutual friend.

Now, the couple is set to welcome their baby girl in just a few months ... and have already decided on a name -- America.

We're told despite announcing their engagement on Instagram on Tuesday, 34-year-old Cejudo actually bent the knee in front of Ana's family in Sao Paulo back on April 29 ... and of course, she said "yes!" 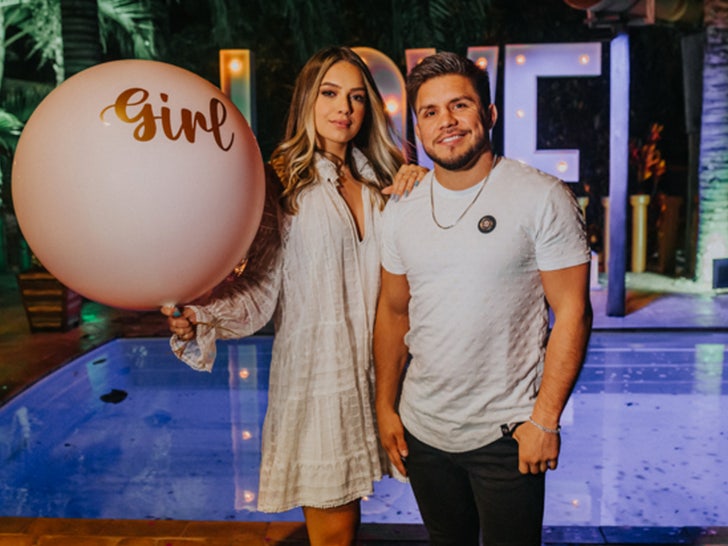 The couple hosted a gender reveal party to share the big news with all their family and friends ... celebrating with some music and pink decorations.

Cejudo -- barring a UFC comeback (which he's flirted with) -- will have PLENTY of time to help with the baby prep ... he announced his retirement from MMA in May 2020 after beating Dominick Cruz at UFC 249.

Better learn how to change a diaper now, Triple C!!! 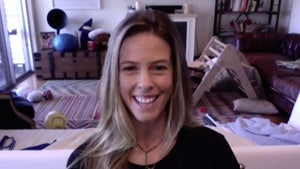